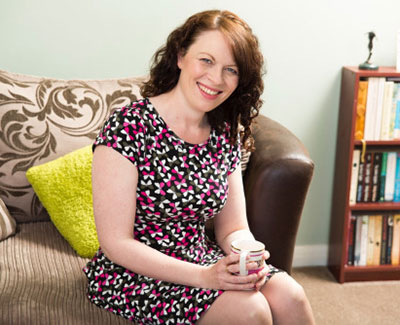 After graduating with a PhD in psychology from Cardiff University, South Wales born and raised author Emma Kavanagh spent many years working as a police and military psychologist before turning her hand to writing crime fiction. Judging by the quality of her fourth novel The Killer on the Wall (Arrow), Emma’s experience is still being put to extremely good use. Here Emma talks to Chris High about the novel.

fMRI testing and psychology are key to the plot of The Killer on the Wall. How much prior knowledge did you have before writing about it for the novel, how did you manage not to bog the pace of the story down with stats and what was the most surprising thing you discovered?

The Killer on the Wall was very much inspired by my reading about the use of fMRI testing on psychopaths, particularly The Psychopath Whisperer by the brilliant Kent Kiehl. I have always been fascinated by what functional imaging can reveal about the structure of the brain and so the extension of this mode of research into the field of psychopathy really pulled me in. I think you always have to be careful that your research does not turn into an exposition dump. No one wants to read that. So, although I did huge amounts of research, before including it in the book I always had to ask myself – does the story really need this piece of information in it?

The most surprising thing I discovered was that psychopathy is marked by a distinct pattern of brain dysfunction. The fMRI data shows that psychopaths will show poor functioning throughout their entire paralimbic system. As a psychologist the implications of that were huge for me. It forces you to question how much of what a psychopath does can they be considered culpable for?

The novel is written largely from three, first person points of view. How much planning went into keeping the story strands together and apart?

Planning is critical for me. I often know the story, in terms of the events that define it. The challenge is always how best to weave the threads together so that the reader gets to experience that story in the best possible way. That means that things will often get moved about as I go along, because I’ve realised that the structure is not doing all that it can. That’s fine. Writing for me is a constant process of editing.

The characters incredibly well defined, particularly considering the novel is set in a small village. How do you set out getting to know your characters before committing them to paper?

I have spreadsheets! Each character has an extensive biographical spreadsheet, where I list everything I know about them, including what time they wake up and the value of their house. It’s overkill, and most of the information will never appear in the book, but it’s critical for me to get a handle on just who they are.

The setting also becomes a further character, with Briganton playing a particular part. Why Hadrian’s Wall and the surrounding area?

I visited Hadrian’s Wall a couple of years ago and was utterly entranced by the beautiful bleakness of it. I loved that sense of history that you get when you visit a place that has been populated for thousands of years. I wanted to play with what can happen if that very history turns against you, bleeding into the present.

How far into writing do you know who is going to do what and when?

If we’re talking about the ‘who did it’ moment, I generally know that before I begin. I always think that the motivations of the killer are often the most important motivations in the whole story. Otherwise you run into the danger of creating a prototypical bad guy. As to the rest of the story, it’s not uncommon for me to discover something pretty major about a character halfway through writing. The more you get to know your characters, the more they let you into their secrets. Which is pretty cool.

In the acknowledgements you describe writing as ‘the job of your dreams’. When did the dream job of being an author first manifest itself in your mind and what was it that that kindled –no pun intended – the idea?

I was five years old. Seriously. I vividly remember having written a short story … I was five so I’m guessing it was pretty damn short! … in primary school and being sent to the principal to receive a gold star and a sweet for it. I must have been impressed by the lucrative nature of writing –I was a sucker for gold stars – because I told my parents that day that I wanted to write books when I grew up.

Do you read / watch crime novels / drama when writing?

I’m always reading. It’s not always crime, but it’s always something. I know some authors worry that their reading will bleed into their writing, but I’ve never looked at it like that. I find good writing inspirational. It pushes me harder to move beyond my limits, which can only be a good thing. And yes, I also watch crime dramas – although given my firearms policing background, I can be pretty annoying to watch them with. Inaccuracies drive me crackers!

Who would you like to see play Mina, Isla and Ramsey in a TV adaptation of The Killer on the Wall?

I actually have this included in my biographical spreadsheet for each character – it makes it easier if I know what they look like. Mina, I have played by Nikka Far – she was in Argo and NCIS. In my head, Isla looks like Olivia Wilde, whereas Ramsey is the lovely Michael Fassbender. As you can see, it’s quite the aspirational cast!

Outside of your editorial team, who gets to read your work before it is submitted for publication and what does feedback on your work provide for you?

My best friend is a Detective Inspector, so she is always one of the first to read the books. I get her to check for any errors in policing procedure, because inaccuracies really irritate me so I want to be as realistic as possible. My husband is always an early reader too. I also run any forensic details by another friend of mine who is a CSI. Her feedback is critical.

I’m currently working on my next book, which will be the first in a trilogy. It’s the first time I’ve done this and I’m loving it. I’m also working on a short story which will be published in this year’s Killer Women anthology – a group that I’m absolutely thrilled to have been asked to join. It’s giving me a new challenge and is a whole lot of fun to do.