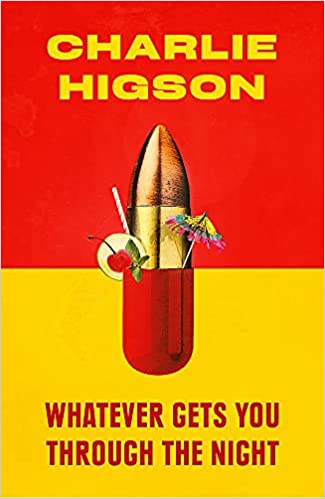 Whatever Gets You Through The Night

Being the writer and star of the Fast Show and author of the acclaimed Young Bond series of Young Adult novels may be what Charlie Higson are renowned for. However with the publication of his first adult crime novel in twenty-five years – Whatever Gets You Through The Night – Higson’s name could soon become synonymous with “unputdownable, rich, compelling crime fiction of the most intriguing variety”.

Most people travel to Corfu to escape the real world for a couple of weeks and embrace the fantasy of olive trees, sandy beaches, and little fishing boats bobbing on sparkling blue water under a warm sun. Not McIntyre. He’s a fixer, specialising in getting people out of places they don’t want to be with the minimum of fuss, publicity and violence. The job in Corfu should be easy – spring, Lauren, a 15-year-old schoolgirl, from the luxury compound of the tech billionaire, Julian Hepworth. Hepworth’s young, handsome and charismatic – he’s also a suspected paedophile, who, under the guise of training a girls’ tennis team, has set up an abusive cult.

But as McIntyre sets up his operation in the exclusive northeastern corner of the island, things quickly start to slip out of his control. First, Lauren’s father turns up, threatening to give the game away, and soon, McIntyre’s having to contend with Albanian gangsters, Greek drug dealers, psychotic bodyguards, flat earthers as well as spoiled, wealthy teenagers looking for dangerous kicks. Oh, and a break-out attempt that’s being hatched from within.

The characters of Pike and Sarah positively sparkle. The chapter in which a group of wannabe hard cases board their boat is, hands down, the most entertaining, funny, and indisputably daring pieces of fiction to have been written in many a long year. A section that, in and of itself, is worthy of applause by its conclusion. yet this chapter is not alone in this respect. The banter between McIntyre and Alan Human, Lauren’s bereft father, underlines what a skill writing dialogue is and how with a seemingly effortless ease that belies its importance, it can be written with such impact.

The descriptive elements of the novel stirs the necessary emotions and senses then takes readers on a journey both familiar and safe, whereas and at the same time, one that is wrought with danger and tension.

Higson has created a world into which the reader dives with glee. Beautifully defined characters and carefully honed, razor-sharp dialogue combine with a plot that’s as en-pointe as any master storyteller could hope to deliver. In short Whatever Helps You Through The Night is a book guaranteed to have midnight oil well and truly burned.