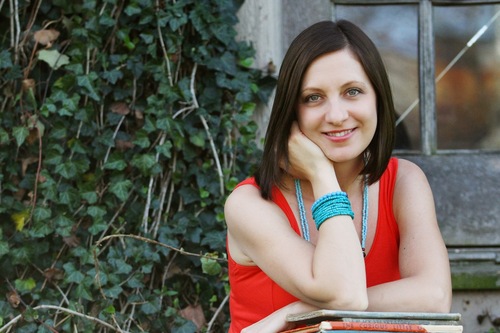 Following the success and acclaim meted out to her debut novel, Weight of Blood, in 2015, American author Laura McHugh has now published her second, rich and deeply intense book, Arrowood. Here she talks to Chris High about what she’s learned, what she looks towards when starting out on a new project and what she turns to when things get “sticky”.

The book is set in Iowa. Where were you brought up and how much of an influence were books on you as a child?

I’m originally from a small town in Iowa, tucked between vast cornfields and the Mississippi River. The town is full of lovely old homes and buildings from the 1800s, including the library. I loved to read as a child, especially anything with witches, ghosts, or monsters, and I always had overdue books because I didn’t want to return them. Later on, we moved to a rural area in the Ozark Mountains that didn’t have a library, so I started reading the books my older siblings brought home from school, and the stacks of musty old paperbacks that my mom had collected from yard sales. That was how I got my first exposure to Agatha Christie, Shirley Jackson, and many others. We didn’t have the money to buy many books, but we were taught their value early on.

There is an undercurrent of mysticism running through Arrowood, with references to Ouija and fortune telling etc. Are you a believer in such things?

I am actually a skeptic, but that doesn’t keep me from wanting to believe. I would love to see or sense something that I can’t explain. The first house I lived in had been vacant for years and was supposedly haunted, but we never experienced anything strange.

You have a deliciously delicate way to illustrate scenes, which can become additional characters. How important are the settings for you?

Very. For both The Weight of Blood and Arrowood, the setting was my starting point, and the characters and plot grew from there. I write about the places where I grew up, places I’m emotionally attached to. These aren’t idyllic small towns—they have dark sides. Writing about them is almost therapeutic, a way of exorcising the demons of my past.

Similarly your characters are all so three dimensional. Do you base them on people you have met and, also, where do you come up with the names?

I am always observing people—cataloguing mannerisms, appearance, dialogue, crafting backstories for them in my head—and that’s usually what I pull from when creating my characters. They are a blend of strangers and my own imagination, and sometimes there are 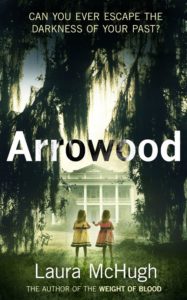 bits and pieces of myself or people I know mixed in as well. I usually give at least one character in a book some quirk of mine, or a sliver of my own back story. I gave Arden my inability to delete email. We each have more than ten thousand messages in our inboxes.

I come up with names in a variety of ways. I saw “Crete” written on the back of a semi truck, and thought it would be a good name for a bad guy. I knew an elderly woman named Birdie when we lived in the Ozarks. I also use names that I wanted to give to my own children—names that my husband vetoed, like Arden, Lucy, and Lila. I usually go with the first name that comes to mind for a character. It’s very rare that I will go back and change it.

You must be pleased with the acclaim Weight of Blood has received? How has the past year since it was published been and what’s the biggest lesson you have learned?

I was really thrilled with the reception. All that time I spent unemployed, writing the book, not knowing if it had any chance of getting published, I never dreamed that things would turn out the way they did. I’m grateful to the wonderful editors who believed in my work and brought it into the world. Joining the community of mystery and thriller authors and fans has been one of the best parts of this journey. Since The Weight of Blood was published, I’ve had the opportunity to go to conferences and make friends with other writers, and to meet some of my heroes. I got teary-eyed when I met Laura Lippman.

I’ve learned a few things since publication. For one thing, I had to learn how to split my focus. There are more responsibilities the second time around—even though you have mentally moved on to the next book, you’re still spending a lot of time promoting the first. I was visiting book clubs and libraries and giving talks and keeping up with social media, all of which can siphon time and energy away from the work in progress. Now I try to manage social media and other non-writing tasks in the morning, so I can write at night.

I thought the process of writing the new book could be sped up if I outlined it first, but that was another lesson: I don’t enjoy writing from an outline. After becoming frustrated with it, I switched back to the process I had used for my first book, which was to figure out 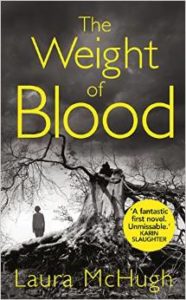 the characters’ motives and desires and then let the characters guide the story. The most unexpected lesson had to do with public speaking. I was terrified to get up in front of strangers and talk about my work, but it’s true that it really does get easier the more you do it. I’ve become so comfortable with public speaking that I actually enjoy it.

Would you do anything differently and, if so, what and why?

I feel like my missteps led me to where I am now, so there’s not much that I would do differently. I do wish that I had become involved in the mystery/thriller community before my first book came out. There are some great organizations and conferences that offer mentoring, networking, and support for debut authors, and I missed out on all of that. I was figuring things out on my own, and it took me a while to discover and join Sisters in Crime, Mystery Writers of America, and International Thriller Writers.

Do you have any writing routines or superstitions?

I make desserts when I get stuck, usually homemade fudge. There’s something relaxing about the mindless mixing and stirring. It’s not the healthiest writing routine, but it works!

So, as always, what’s next?

I am under contract for two more books with my U.S. publisher, and I’m currently at work on the first of those. The protagonist is still reeling from her brother’s unexpected death when she’s sent to investigate a deadly accident that has torn apart a rural community. She soon realises that nothing is as it seems.