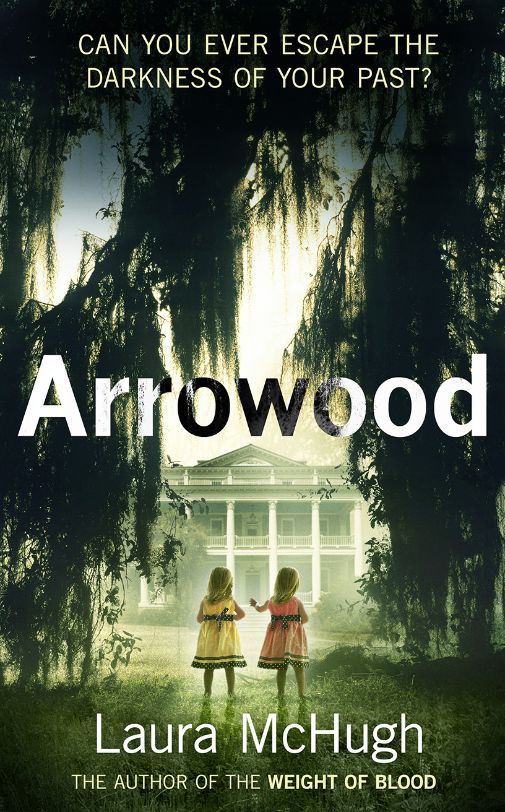 If you read and enjoyed 2015s Laura McHugh’s debut novel, The Weight of Blood, then it will come as little surprise that you also enjoyed the work of a rare talent. Tight, beautifully dark prose, peppered with scintillating moments of light, Arrowood – rather like fine malt whiskey – is something to savour.

Arden has inherited Arrowood, her family home and the most ornate and beautiful of the grand historical houses that line the Mississippi river; where the days are long and humid and communities are small and closed. It has its own secrets and ghostly presence: it’s where two small twin girls – Arden’s sisters – were abducted ten years previously, never to be seen again. But the house and the surrounding town hold their secrets close.

Rather like stepping into a darkened, yet nonetheless familiar room, the disorientation that McHugh manages to throw across what might appear, in the hands of a lesser writer, mundane, takes on a completely different  connotations so that we as readers are continuously and deliciously thrown off kilter.

In Arden, Josh, Ben and the whole host of characters, Laura McHugh has created a veritable world of enlightenment that cannot fail in but compel you follow each of them along a path that is so richly and subtly outlined.

Yet it is the author’s mastery in depicting both place and time that makes Arrowood such a superb read, inasmuch as although you might not want to taste or smell the insects dying the late summer heat, but so well is it depicted, you almost need to spit them out. Such is the vividity of McHugh’s writing.

It may not have the fastest of paces, in fact it is as gentle as the Mississippi itself in this way, but this merely disguises what is in actuality a wonderfully crafted tale that will satisfy readers in ways they never thought possible.