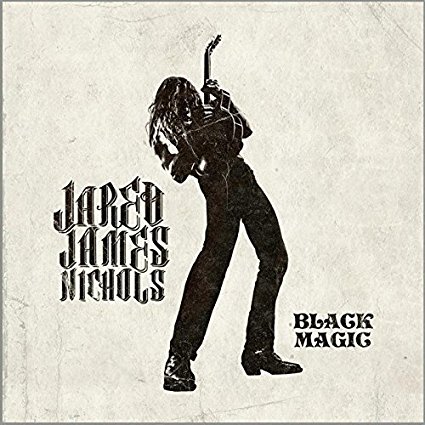 Hot! That’s one word to sum up the Jared James Nichols’ Black Magic, the Wisconsin-born guitarist / songwriter’s follow up to the highly acclaimed 2015 debut, Old Glory and the Wild Revival.

Edgy and raw are two more, with the electrifying opener Last Chance really setting the pace fast, and the bar high, from the off. The distortion used on the guitar for The Gun along with the hard-cored backing vocal harmonies, in turn, gives an energy and drive: a near visceral sensation that lingers well after the track is complete.

JJN isn’t all bombast and licks though. Honey Forgive Me has a cool funk undertone which is made all the more Santana-esque with its consummate guitar work and backing vocals provided by Jessica Childress. Home in contrast, however, has much more of a way-down-south-Skynyrd vibe going on. In itself this is no easy feat to pull off, but Nichols does so here with great style, aided and abetted by some ferocious kit work provided by Dennis Holm and ticks all the “feel good” boxes.

What stands out about Black Magic is that all of the tunes it contains are short, sharp and beautifully honed. Like  a Sicilian’s stiletto, they also have the necessary frames to cut to the heart. Got to Have You is a delight that smacks of Slade mixed with Alice Cooper in its vocals, whereas End of Time brings the disc full circle with a blues-based foundation that reeks of Purple in their pomp! So much so you can almost see Nichols striking the Blackmore pose in front of his bedroom mirror, with the smoke from 1,000 candles billowing behind him: magnificent imagery indeed, but rest assured this is no ledge-wannabe and Jared James Nichols has more than enough weapons in his armoury to carve his own niche.

Run, like one of those self-same candles, is a slow burner of a tune. Rich and mellow at its outset, it builds into a tune as delicious as homemade ice cream, unlike Keep Your Light On, Momma which is an out-and-out rocker hewn from the same stone Judas Priest, Gun and Saxon found so rewarding.

Black Magic throws up one or two delights that are impossible to envision in anyone else’s hands. The closing What Love is all about a groove which is sweated through with a deeply entrenched ability and granite hard guitar work. The same can be said, too, of Don’t Be Scared which has the power and vitality – with its huge “live sound” and intrinsic riffing marriage – that marks this out as being, arguably, the track of the album.

Two albums in and the future looks rosy for Jared James Nichols. Then again a little Black Magic of such quality is always going to help, right?