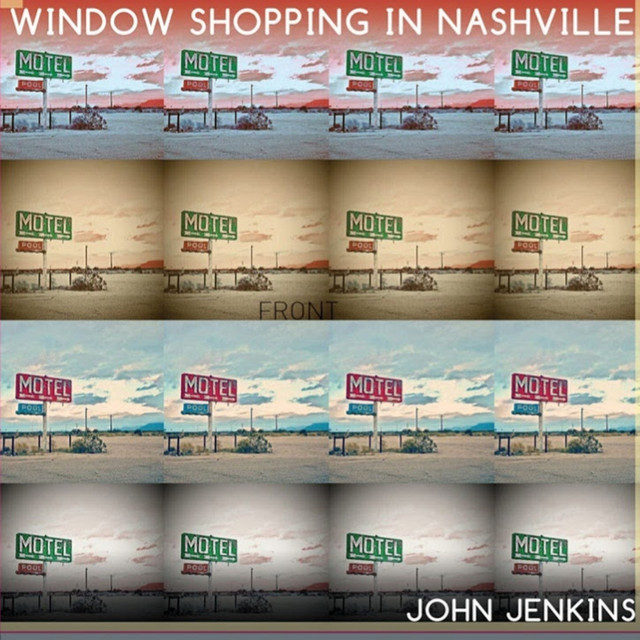 Recorded in Crosstown Studios in Liverpool Feb to June 2017

Liverpool singer /songwriter John Jenkins is an artist who makes this reviewing lark all the more worthwhile, particularly on the evidence of his latest release the Double CD Window Shopping in Nashville. A veritable cornucopia of diversity, here’s an album rich in musicality and deep in lyricism: a balladeer’s gift that keeps on giving.

In line with full confession, John isn’t an artist that’s come across this particular desk previously but, rest assured, there’s a back catalogue of work out there that has my name writ large across its covers.

Window Shopping in Nashville is John Jenkins’ second full album, though, and from the opening Silhouettes­­, a delightfully catchy duet performed with young Wirral based artist Megan Louise Basford, an amazing talent in her own right, all the way through to Track 21 on Disc 2 A Night on the Town – The Long Walk Home – a classic case of leaving the best until last, its themes delightfully resonant to all who hear it – it’s clear that Jenkins doesn’t let the world pass him by but, instead, observes and captures every moment.

The country styled introduction to Grounded in the Mire leads deliciously into the provocative opening line of “I was kidnapped at the age of three, it sure made a man of me”, and therein leaves the listener wanting to know just where the hell this little slice of darkness is leading. Fear not though, the remainder of the song is as engaging as the collection entire.

The Unopened Letter is heart-searingly beautiful, with its underpinning fiddle adding that extra splash of melancholy to a story riddled with angst, whereas the bluesy toe tapper Follow Your Heart is so filled with joy, parties across the land should be up and bopping to its harmonies from Chord 1.

Then just when you think you have the album pegged, along comes another surprise. Too Much Drinking on A Sunday is surely the title track of a musical yet to be written, such is the strength of its fun-filled plotline. Red Dust Road has the all round massiveness that would fit on just about any Mark Knopfler album – Dire Straits included. One Fine Day sweats and breathes sentiment and regret in a manner not heard since Romeo bade farewell to Juliet.

In short, Window Shopping in Nashville is an absolutely magnificent release of emotion that’s guaranteed to bring more than its equal shares of giggles and reminisces, chuckles and tears which is precisely what any half-decent music should do.

Excellent stuff from first to last!