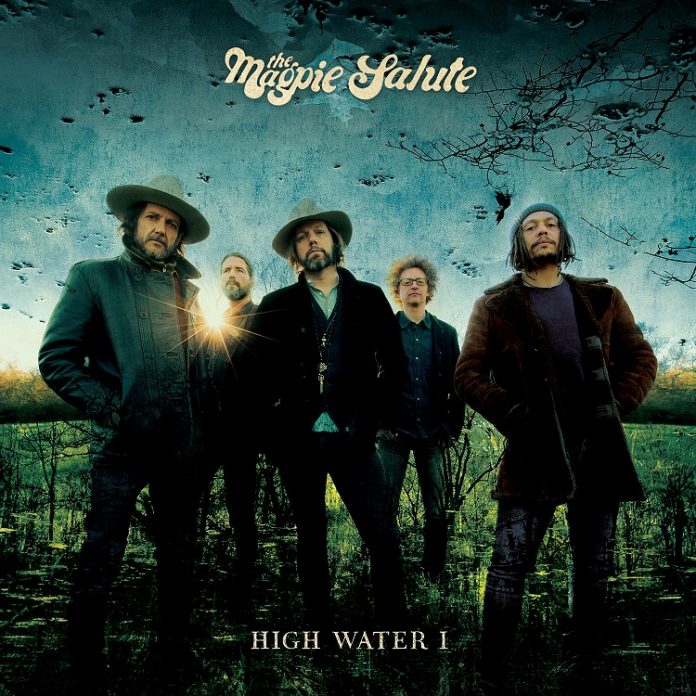 John Hogg’s vocals are a throwback that keep on giving. A luxurious comfort blanket that’s as infused with a psychedelia-laden folksiness that’s sweet and comforting on tracks such as High Water and For The Wind, as it is capable of blowing you away in its sheer raucousness on Send Me An Omen, which is a strong contender for cut of the album. Then of course comes the guitar mastery of both Rich Robinson and Marc Ford. The mainstays of Black Crowes, who’s brainchild this monolithic outfit this, ostensibly, is have rarely sounded better.

Take a listen to their fabulous work on Walk On Water, marvel in the swooping nature of the balladeering majesty on offer, all of which is so beautifully underscored by the subtle slide and overlaid lead then dare to be unimpressed.

Hand In Hand is all out country barn dance fun, with Matt Slocum’s skilled keyboards coming to the fore, whereas You Found Me wouldn’t be amiss on any Willie Nelson album. Its mellow country tones a soothing reminder that there isn’t any music that does not inform or impact.

Track of the collection, in the way it lulls you into a false sense of security with its acoustic opening before letting rip with a bass line provided by Sven Pipen’s bass and Joe Magistro’s conjuring on drums, packs a punch and depth that is simply awesome.

The Magpie Salute’s first outing has set the band a very high water mark indeed and here’s hoping their second outing isn’t too far off. Now apologies. I gotta go listen to it all over again.

Send Me An Omen