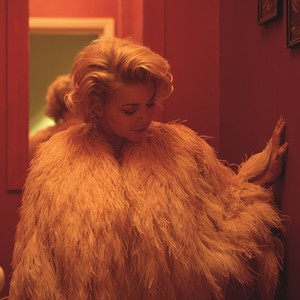 Three of the HOTTEST live acts around are to tour the UK in 2018 – all with gigs in Liverpool, Manchester or Wrexham – and you can order your tickets HERE!

Paloma Faith will embark on a UK arena tour next year, including dates in both Liverpool & Manchester, entertaining huge crowds across the UK and Ireland and you can order your tickets. 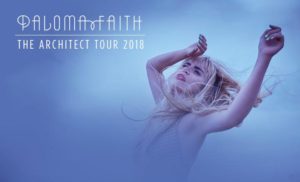 Paloma – one of only two British female artists this decade to have their last three albums go double platinum in the UK – will release her long-awaited fourth album, ‘The Architect’, on November 17 via RCA Records.

Paloma, who won the BRIT Award for British Female Solo Artist in 2015 following the phenomenal success of her last record, 2014’s ‘A Perfect Contradiction’, explores both personal and political themes on the album.

“I wanted to write something more modern,” Paloma said.  “On previous albums I’ve been more concerned with the past, but now I’m looking forward because of motherhood and wanting to change things for a better future. It’s a marriage of old and new.”

One of Britain’s best live bands Stereophonics have announced two special outdoor shows in summer 2018. The 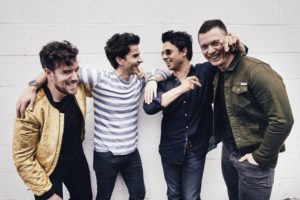 legendary rockers will kick off the summer playing a huge gig at The Racecourse Ground in Wrexham on Saturday, June 2 followed by another huge date at Cardiff City Stadium a week later.

The band has already confirmed a busy schedule in the first half of 2018 with nine European shows ahead of a 15-date arena tour across the UK and Ireland in February and March, where they will entertain fans with a collection of favourites as well as tracks from their new album, ‘Scream Above The Sounds’.

This acclaimed album features a collection of classic songs including several from family favourite musicals; such as City of Stars from the Oscar winning movie  La La Land, I Am Telling You, I’m Not Going’ from Dreamgirls, and For Forever from the Broadway smash Dear Evan Hansen.

Sheridan is no stranger to the stage, with an already established career on both stage and screen, including leading roles in Little Shop Of Horrors, Legally Blonde and Funny Girl, as well as playing the young Cilla Black in the ITV biopic Cilla.

For updates and other gig announcements, keep checking out www.chrishighreviews.com and like our Facebook Page Chris High Reviews: Music