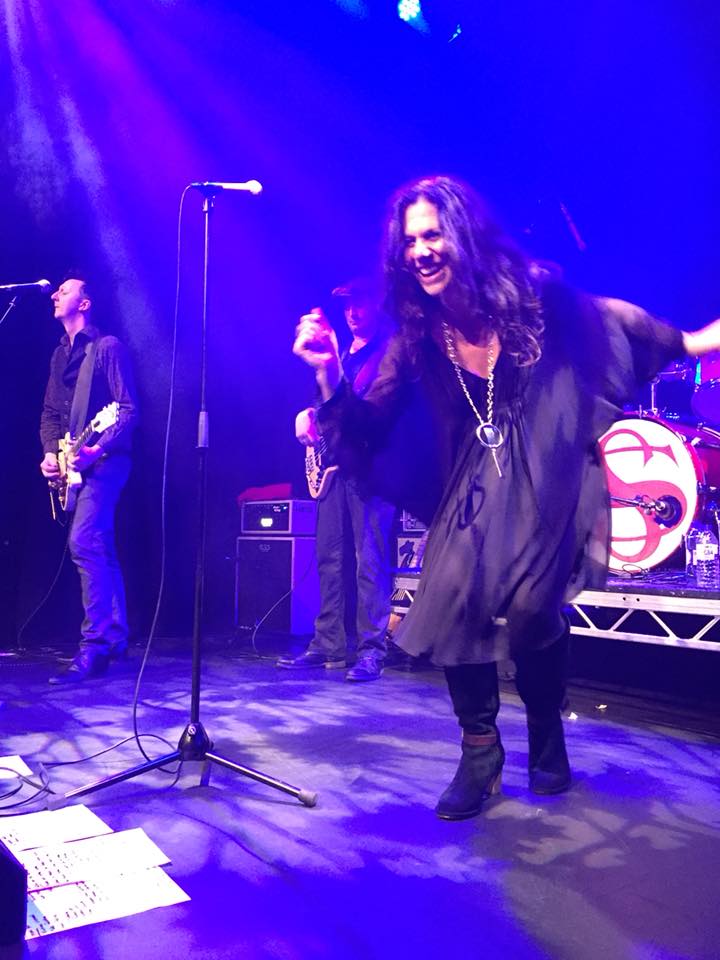 Sari Schorr: A Force of Nature! Not, merely the title of the New Yorker’s sensational debut album, but an actual fact at The Citadel Arts Centre last night.

Kicking off a stunning 90 minute set with a new song Welcome to the New Revolution from an as yet untitled second album, may appear a risky move. Not in Ms. Schorr’s case, however. A gentle opener of rich tones, mellow musicianship and consummate artistry: a perfect opener for a night filled with memorable moments.

That Schorr has a backing band as accomplished as this helps. Ash Wilson is a phenomenal guitarist. His work during a rocking, writhing Demolition Man and Schorr’s cover of Bad Company’s Ready For Love is simply jaw-dropping. So when he steps forward at the start of Act II (yes there was an interval but, for once, this didn’t interfere with the vibe) it takes the gig into delicious BOGOF territory. There wasn’t a support tonight, but in adding this then it certainly felt like there was. And a damn good one at that!

Then, of course, there is the magnificent underpinning of everything Sari Schorr does that’s supplied by the impeccable Bob Fridzema. Oklahoma is a master class in controlled power, whereas during Ordinary Life there’s a richness of sound that bleeds from the Hammond that makes this smoothest of tracks even more passionate.

With Mat Beable’s solid bass work and Roy Martin’s thumping drums reverberating from the back, Schorr has a solid platform on which to perform and, man, does she use it!

Her energy is astounding. Dancing like a kid at her first school prom throughout, Schorr’s enthusiasm is infectious to the point of becoming quarantine inducing; her powerful vocals stripping the small but beautifully formed auditorium of The Citadel down to its foundations and then slowly rebuilding the place in her own image.

Damn The Reason is outstanding; her cover of Willie Dixon’s I Just Wanna Make Love to You is sultry and gritty, particularly when placed alongside an uber-raunchy cover of Zep’s Rock and Roll which almost sees the singer combust. If Robert Plant ever gets to see her perform this song, he’ll surely be on his feet in a flash at its climax, applauding long and loud.

There are more new songs to enjoy, too. Can’t Mess is a delight, as is Maybe I’m Falling. Yet it are those songs from Force of Nature through familiarity that impress most. Not least being an earth-shattering, fire-fuelled Black Betty, an exquisite Ain’t Got No Money and the heart-wrenchingly poignant, rock-out growl fest that is Aunt Hazel. Aired as the set’s encore, this a tune which sent us out into the cold, dank night with a blaze in our belly and a three-foot-wide smile firmly plastered across our lips.

It has taken twelve months and four failed attempts to see Sari Schorr in the live arena. After this gig at the superb Citadel Arts Centre in St Helens, with any kind of good fortune, it won’t be that long before this wonderful experience is repeated.