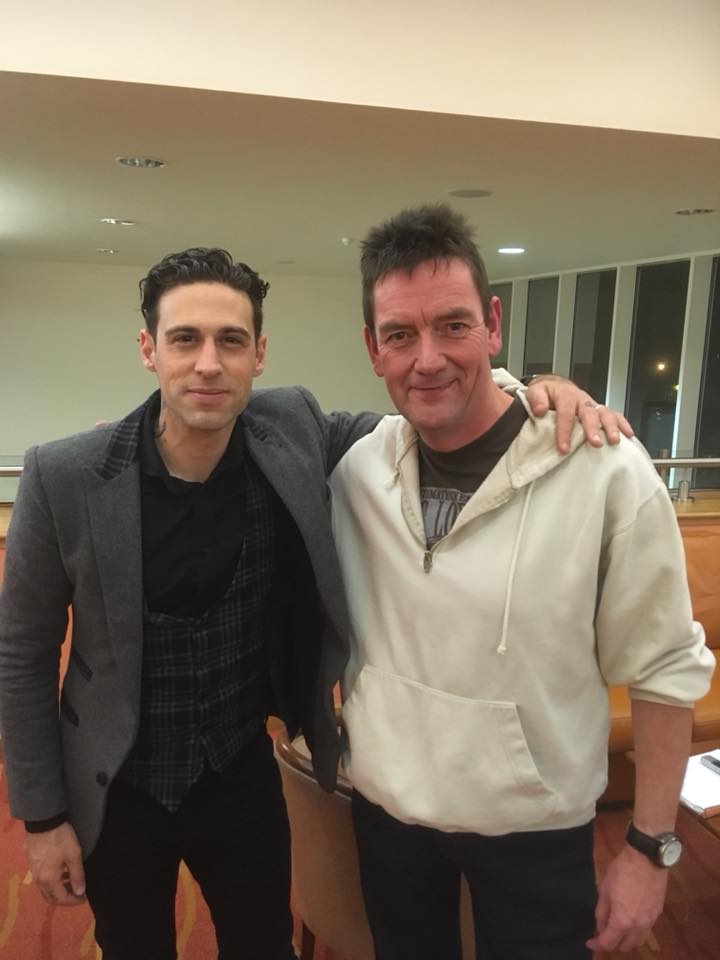 It seems an eternity since I sat down with South African bluesman extraordinaire Dan Patlansky ahead of his support slot with Joanne Shaw Taylor back in November. The interview, ahead of the show in New Brighton’s Floral Pavilion, takes place on a particularly dank and dismal day; the rain slanting in against the windows in sheets from across the River Mersey. 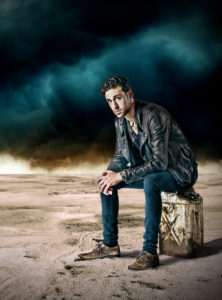 Patlansky, though, is as warm and welcoming as ever. His latest album, Perfection Kills, has yet to be released at the time of talking but is set to earn rave reviews when it is. No wonder. A deliciously executed album, Perfection Kills is a collection of 10 tracks sure to satisfy even the most ardent blues fans and yet, at the same time, sees Patlansky step onto fresh ground when it comes to construction and delivery. It is unquestionably a further indication that Dan Patlansky’s star is very definitely on the rise.

We start by looking back a little to Dan’s previous album, Introvertigo, which also garnered huge plaudits in 2016. “I was very, very happy with the way that album was received. You never know before an album is out there how people are going to react to something new,” the guitarist, vocalist, writer and, now, producer says proudly. “You get so close to it you just never know. You might think it’s the best thing you’ve ever done, but then the audiences hate it. So for it to be received the way in which it was is great. It was also a really fun album to play live.”

Introvertigo was voted Best Album by Blues Rock Review in 2016, making Patlansky the first artist to receive the award with two consecutive albums. “It’s an amazing honour to have Dear Silence Thieves win in 2014 and then Introvertigo receive the award again in 2016. I genuinely wasn’t expecting it at all. When we heard the news, we were all just so thrilled. What made it especially great was that the announcement came at the end of the year, so we ended 2016 on a real high and the award made all the touring and hard work all the more worthwhile.”

Perfection Kills came out in February 2018 and, this time around, there’s a delicious roughness to the album that’s missing from either of its forerunners; a raw edginess that instils a sense of the ‘live’ energy his shows are so renowned for. In many ways, the ‘feel’ of this album is almost the opposite of the more polished finish of either predecessor. “I’m so pleased you got that. It’s the exact thing I was after,” Dan laughed.

“I produced this album myself. Not because I wasn’t delighted with what Theo Crous achieved with Introvertigo, I learned to so much from him and he was kind of my mentor, but because it would have been too cheeky of me to ask him to change his style. He produces the way he produces and so gets the sound the way he gets his sound. For this album, though, I wanted something different, something earthier, so that when when we play the songs live and then you hear the album, the two experiences kind of become one.”

“I think having that edginess on a record is really important in this genre. All of my favourite albums have that raw, kind of organic feel to them, which is something I really 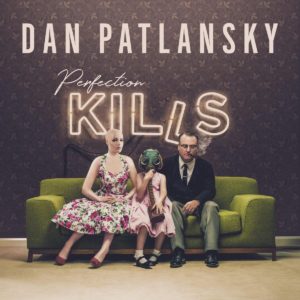 worked hard to achieve here. I found this really cool studio back in South Africa that had the sound, with analogue recording equipment and a live recording room. 80%, I reckon, was recorded live in the studio, with overdubbed solos and vocals coming later. I’m very pleased with the way it’s ended up, that’s for sure. There’s not too much polish on Perfection Kills and although it keeps the size of the previous albums, it also has a sort of honesty about it too.”

Dan Patlansky soon embarks on a UK tour supported by Mollie Marriott, who’s own album, Truth Is A Wolf, has been met more than a little favourably by fans and critics alike. Anybody who has seen Dan live knows they are in for a treat and three of the shows – those in Leek, Sheffield and London – sold out well ahead of their respective dates. Back in South Africa during the summer of 2017, though, Dan played a series of gigs with an altogether different feel.

“We do one or two acoustic sets a year back home which are very different to what we usually do. Playing acoustic guitar is a completely different discipline to playing electric guitar, so it’s a pretty cool challenge. You have to rearrange all the songs and you’ve got to concentrate on a lot of different things. An acoustic can’t do a lot of things an electric can, you have to concentrate a lot more on your singing …there’s a lot of things, but it’s a lot of fun and it’s a great way to keep yourself fresh as a performing artist. We take it out on the road in South Africa for about a month and, who knows, maybe one day, I’ll get to bring it over here.”

“I enjoy touring. The playing and meeting different people parts are fabulous. The living out of a suitcase, not so much, especially now I have little boy to go with my little girl at home. The time you spend on stage, though. Nothing beats that. The way I look at it is this: I get paid to travel and to sleep in hotels, but get to do the gigs for free. I always go out on stage and give it my all, no matter what. It’s always pretty high energy and I leave nothing behind in the dressing room. On this tour there’s going to be a lot of new songs from Perfection Kills and a fair few from Dear Silence Thieves and Introvertigo as well. It’s going to be a lot of fun mixing things up a little bit.”

Perfection Kills is Dan Patlansky’s eighth studio album and he’s been playing professionally since 1999. It’s a long time in this business, so is he as far down the road as he expected?

“No I don’t think so. When you start out as a kid, you think it’s going to be a lot easier than it actually is. The problem is, though, that you don’t realise then that you’re constantly learning, constantly trying new things, constantly developing as a guitar

player, as a singer, as a writer. If you’re not, then you’re going to have a pretty short career. Striving for that something extra is always there.”

“In terms of where my career is right now, though, I’m very, very happy. Getting my foot in the door here in the UK was always a big deal for me, so the challenge now is to keep doing bigger and better things to keep moving forward. You can’t rest on your laurels in this business, not for a second.”

With that, Dan Patlansky heads off and gets ready for yet another stellar performance; a man content with where he is right now but nevertheless forever striving for perfection. That the rain has finally stopped hammering against the windows, surely bodes well for the future too.