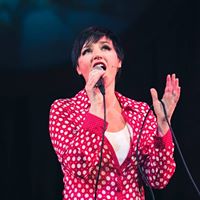 Think Judy Garland and Liza Minnelli and automatically three things jump to mind: mother and daughter, astonishing talent and deep-rooted troubles. In a reimagining of one of the most incredible concert performances ever staged, Emma Dears has created a show which encapsulates these elements and more, with an abundance of songs, a treasure trove of anecdotes and a whole lot of rainbows and cabaret. 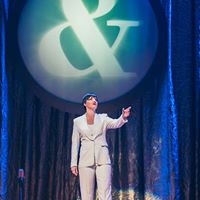 ‘I originally created the show in 2010 so it’s developed a bit over the years,” Emma – who plays Liza in the show alongside Helen Sheals as Judy – explained. “My background lies in West End theatre with shows such as Miss Saigon and when I worked there, a lot of Americans would come to Stage Door and say how much I reminded them of Liza. I’ve always adored Judy Garland so I just got to reading about both of them and this fascinating mother/daughter dynamic appeared; in many ways, in their case, it’s a relationship that has been sort of reversed. Then there’s the whole catalogue of timeless songs that were at my disposal, so I thought: ‘why not do a show about them both?’ It’s been great fun to write.”

‘This is the first big show that I’ve written in its entirety, although I’d done a couple of sketches and worked on pantomime scripts before. This was a step into the unknown but I’m delighted with how well it’s turned out and how well it has been received. The thing with these two iconic and quite often tragic women is that they balance each other out, so once I actually started putting the words down it kind of wrote itself quite quickly.”

“Of course I was helped massively by already having the songs: it’s amazing that you can look back, in an historical sense, and hear how  they’ve become so famous and so often sum up particular periods in their own lives.”

“The show has taken a fair amount of research: lots of books were read, lots of interviews, lots of articles and documentaries were seen. When you see somebody being interviewed at different points in their lives, you get a much better grasp on their personalities as individuals. Although the show itself is loosely based on the concert they put on at The London Palladium in 1964, when Liza was just 19, it isn’t solely about that specific show. There are other things there too.”

“When you watch the DVD of that concert, though, it’s fascinating. Judy asked Liza to do it because she was struggling at the time, but she certainly wasn’t expecting Liza to be anywhere near as good as she was. When you actually watch this thing happen in front of your eyes, Liza absolutely smashing it out of the park like she did, and see the look of shock on Judy’s face, it is really something else. Yes, you can see the admiration Judy has for her daughter, but there is still this sort of essence of professional jealousy as well.”

Judy & Liza was first staged with Emma performing alongside Lucy Williamson. Showcased at The City of London Festival 2010, after which the show has gone on to receive fabulous reviews across the country. This time out, Downton Abbey actress Helen Sheals will be playing Garland having already played the legendary star in a different show. 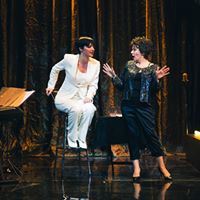 forward to,” Emma said. “Helen is fantastic. She’s also a massive Judy Garland fan so has a lot of love invested in the character and the show. Helen has just finished playing an elder Judy Garland in Judy, Judy, Judy in Leicester Square. Helen received a lot of outstanding reviews. It’s going to be fantastic performing alongside her this time around.”

The music of Judy & Liza has been tailored to suit the show with the orchestrations carried out by Michael England. “Mike is another huge, huge fan of both women and before he started work he painstakingly went through everything they ever recorded. We have a solo pianist on stage and, also, perform the full orchestral numbers, which Mike has necessarily had to rework a little. It took him absolutely months, bless him, but the end result is just amazing.”

“The whole show is about balance and it wouldn’t work if one character came across as being more of a star than the other. What we have are two leading ladies who balance each other out and, through Mike’s incredible work – particularly during the finale – that sense of their being on an equal footing really comes across.” Emma is keen to stress, though, that neither she nor Helen are trying to impersonate either Garland or Minnelli but are instead trying to emulate them. No easy ask when portraying two of the most enigmatic and iconic ladies in show business history. “We don’t want the show to be made up of two caricatures,” she says, “but there is one word I do always say before going on stage, to kind of get into the zone: Fabulous! Once I’ve said that as Liza says it, I’m full on Ms Liza Minnelli and happy.” 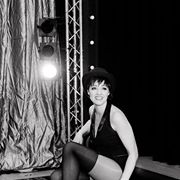 So, what can an audience expect?

“Judy & Liza is hugely entertaining and songs such as Maybe This Time, Cabaret and of course Over The Rainbow genuinely speak for themselves. I would think that 90% of audiences will recognise many songs straight away, but there are also few a that might not be quite so familiar.”

“I also like to think we’ve created a real empathy in the narrative, too, with a lot of passion on show. People will be laughing and crying at times. It’s a really moving play on all levels; a true rollercoaster.”

With Liza Minnelli and Judy Garland being such heroines of Emma, there’s a certain amount of added pressure in doing each star’s work justice. “Yeah there is, but then that’s a good thing. You always worry when you’re taking on someone else’s life and want to do them proud. I’m told Liza hasn’t seen it, but I like to think she’d love it if she ever did. That said, if ever I found out before going on stage she was in the audience, the answer to this question might be quite a bit different with regards to the pressure,” Emma laughed. “Then again, wouldn’t it be ‘Fabulous!’ if I could get her up on stage to join us! Now that would be a proper cabaret from somewhere over the rainbow!”