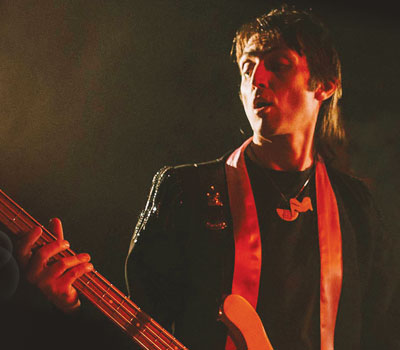 Starring West End leading man Emanuele Angeletti (‘Let It Be’) as Paul McCartney, Macca: The Concert is a celebration of the music of the legend that is Paul McCartney and it is coming to The Floral Pavilion, New Brighton on Sunday January 21st

In the first concert of it’s kind to tour the UK and Europe, ‘Macca: The Concert’, featuring acclaimed West End musicians and using state of the art visual media projection throughout, celebrates Paul McCartney’s entire career including all his best loved hits, the acclaimed ‘Wings over the World’ 1975-6 Concert Tour and a selection of Beatles favourites.

Emanuele Angeletti has been performing as McCartney since 2000 as a member of acclaimed Italian Beatles band ‘The Apple Pies’ who made numerous TV appearances along with concert tours all over Europe. In Sept 2012 Emanuele opened the West End musical ‘Let It Be’ at the Prince of Wales Theatre in London and has since been involved in several Let It Be tours including UK and Ireland, Germany, Japan and Singapore. Emanuele plays piano, bass and guitar and although a natural right hander, taught himself to play left handed bass for authenticity.

Featuring iconic hits such as Live and Let Die, The Long and Winding Road, Coming Up, Hey Jude, I Saw Her Standing There, Band on the Run, Yesterday, Dance Tonight and Let It Be alongside many, many more.

Complete with a full band, Emanuele Angeletti takes audiences on a magical journey and makes this is a must for not only fans of Sir Paul McCartney, The Beatles and Wings, but  of music generally.