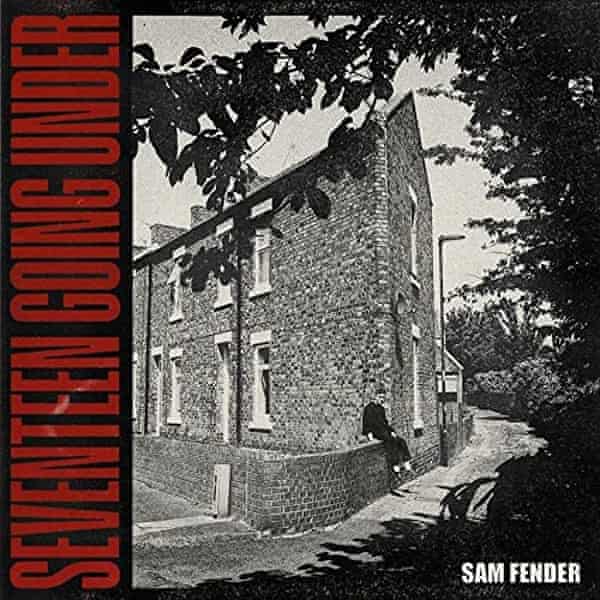 Sam Fender is something of a sensation. In a few short years, the twenty-seven-year-old Geordie has taken the music world by storm, won a plethora of awards, and has had praise heaped upon him from peers and critics alike.

Two years on from the majestic debut, Hypersonic Missiles, Fender has followed up with such a controlled, enraged, introspective, retrospective masterpiece in Seventeen Going Under, it’s frequently difficult to precisely express just how good the sixteen tracks contained herein are.

The thumping, nerve-shredding guitar of the opening title track sets the tone. A look back on Fender’s youth, with its snuff videos and incurable diseases and fistfights on the beaches of, possibly, Whitley Bay, Fender paints a picture of gritty existence that’s infused with more than a tang of triumph over adversity rhetoric worthy of Dylan at his peak.

Dylan Thomas, that is. Not Bob.

There’s a determination to Fender’s lyricism. A decidedly erect middle finger to life’s nay-sayers that is at once refreshing in its lack of preachy intonation as it is invigorating. Aye is angry. Very angry: a rage at those who stand by and watch horrors unfold in real-time while, and at the same time, taking some kind of visceral pleasure in being able to witness them from the safety of televisual protected distances.

Seventeen Going Under isn’t all angst-fuelled resentment and raves though. The Leveler smacks of Gary Lightbody’s deftness of touch when Snow Patrol were better than ‘nice’, whereas Spit Of You quite simply oozes with shy regret, but Fender does it best when he imbues his words with a personal resonance that causes pause for thought.

Never better is this achieved than on the initially haunting The Dying Light. A song that shimmers with pain and recognition – its Chris Martin-esque simplified piano riff, a lulling wave of sadness that leaves the listener unprepared for the sheer dynamite of that which follows: the fear, the trepidation, and out-and-out hatred of a depression that lives by night. Beneath all this, there is the natural twang of the man’s roots adding earthiness and a lack of pretension that’s devastatingly joyous. “I may not have won yet,” the song says, “but by God I’m on terms with it for now at least!”

Sam Fender may be a sensation who seemingly overnight has risen from filling bars and clubs to arenas almost overnight. Rest assured, however. On the evidence of Seventeen Going Under – and as long as he remains true to himself – the road ahead appears laden with nothing but gold.