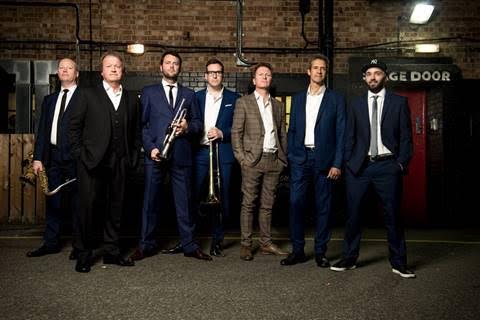 Hit makers Level 42 will embark on a 19-date Eternity Tour of the UK in October 2018 following last year’s sell-out shows in the UK and Europe. With special guests The Blow Monkeys, the show comes to Manchester Opera House on Wednesday 3 October and The Liverpool Philharmonic Hall on October 19.

Tickets go on general sale at 9am, 27 October.

“We can’t wait to get on the road again in the UK in 2018, it’s always such a hoot, and our fans are always a joy to play to,” Mark King, front man and bassist, said. “The band is ever evolving, and reinvention, both musically and in the way we present ourselves, has become something of a tradition for Level. The Eternity Tour will be a chance for us to showcase this once again, and we’ll be playing all our best material as well as some new tracks, and maybe a few deeper cuts too. We are also very happy to welcome The Blow Monkeys as special guests for the tour, how cool is that!”

In a career spanning almost four decades, Level 42 have sold in excess of 30 million albums and their impressive back-catalogue includes mega hits Lessons In Love, Something About You, Running In The Family and It’s Over. In 2016 the band completed a sold-out 37-date ‘Sirens II Tour’ of the UK and Europe with critics praising the funk favourites for their ability to “light up the stage” (Birmingham Mail) and sound “as slick as ever” (Bournemouth Echo).

The Blow Monkeys will feature as special guests on the tour. The band are renowned for their seductive live performances and will treat audiences to hits including Digging Your Scene, It Doesn’t Have To Be This Way and their cover of Lesley Gore’s You Don’t Own Me which featured on the Dirty Dancing 1987 soundtrack. The band released a brand new album The Wild River earlier this month. 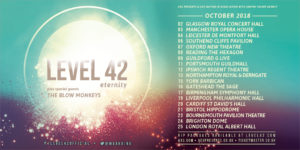