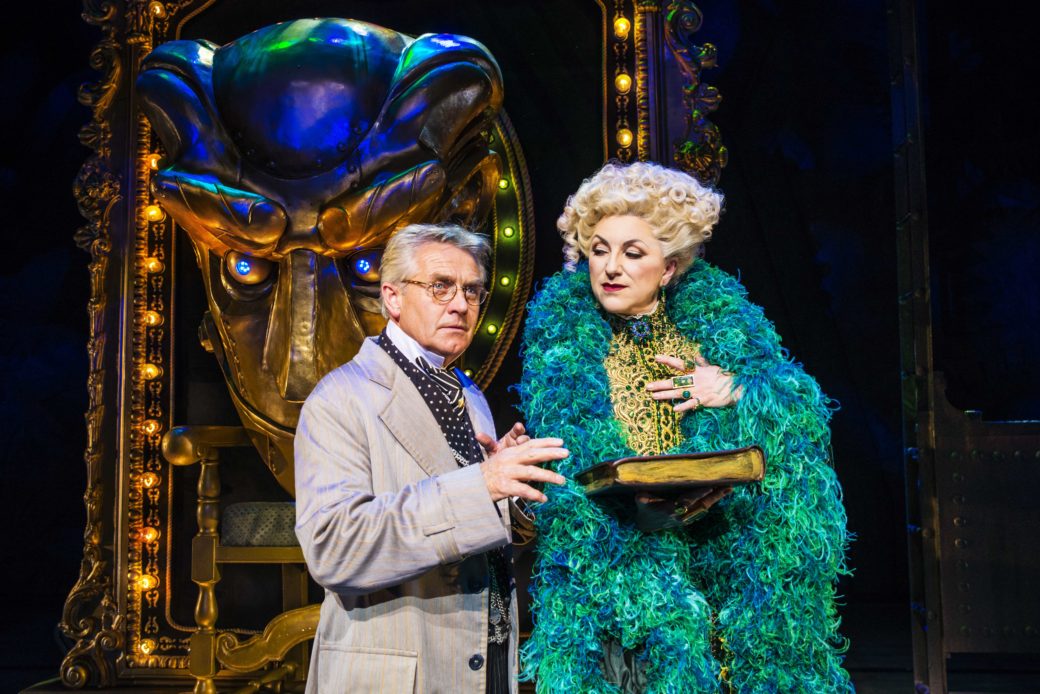 The Wicked Witch of the West comes to the North-West as Wicked hits Liverpool’s Empire Theatre until March 31. With her are a host of other familiar characters, such as Glinda, played by a gloriously girly Helen Woolf, and the Wicked Witch of the East (Ding dong!), the Wizard of Oz and some Munchkins.

Dubbed a prequel to the famous Oz franchise of the early 1900s, Wicked gives us the backstory of Elphaba, The Wicked Witch of the West, played here by understudy Amy Webb.  The stigma of being green, what her beef is and what subsequently happens to her are all revealed. As such, it’s both precedes, exists concurrently with and goes beyond The Wizard of Oz. But just how wicked is it? Well…

The good bits: the costumes are truly gorgeous, in shades of Wicked green and Emerald City absinthe; the dancers are amazing – I especially loved the monkeys that undulated across the stage in simian sinuousness; the stars are all accomplished actors and fabulous singers and Webb pulled off an amazing turn as Elphaba; but…

The not so convincing bits: the tunes, whilst performed with gusto, haven’t left me with any earworms; I dunno, maybe I need to buy the soundtrack. The set is confusing – what is that clock all about? What’s the deal with the dragon? I shouldn’t have to have read the book to make sense of these. I haven’t, but I have Googled it and apparently the Dragon Clock is a framework wherein all the characters move about like mechanical pieces and it is set at an angle to denote an alternative reality.

Mostly, though it is the storyline that disappoints. Not an awful lot happens in the first half. The second half ups its game and there’s a lot of action but it appears Elphaba’s motives are predicated on a clumsy ‘Save the Animals’ moral that is more alluded to than explained.

Elements from L. Frank Baum’s original make it into Wicked, like the Tin and Straw Men, but whilst some of this is slick   -“There’s no place like home,” remarks Elphaba – mostly it feels clunky, such as the introduction of a random lion cub.

But wait a clock-tick! It is, however, good to see a show where all the major characters are female. We all know that the Wizard of Oz himself played here by Brookside’s Steven Pinder, is a sham and it’s clear that former Eastender Aaron Sidwell’s Fiyero is there to provide Elphaba with her happy-ever-after. So it’s wicked indeed to have a cast of strong witches, black and white and, in fact, in shades of grey. Or rather green.

Wicked is at The Liverpool Empire Theatre until March 31.
Click HERE for Tickets & Show Information