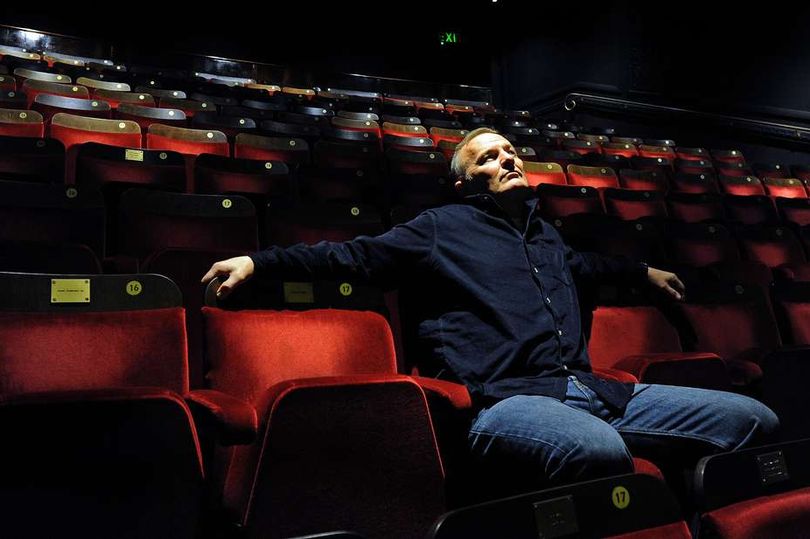 Tackling the meaty subject of the history of one of the world’s biggest, most successful football clubs and making it a part musical / part comedy drama is no small undertaking. Yet that’s exactly what Liverpool playwright and fan Nicky Allt undertook back in 2009 and arrived at The Liverpool Royal Court Theatre two years later with You’ll Never Walk Alone: The Official History of Liverpool Football Club.

Eight years on and several runs later, the highly acclaimed and popular show is back at The Liverpool Royal Court, this time with a few added tweaks, some new tunes and some quiet observations as to what’s been happening at Anfield and beyond during the interim.

“It’s great to be back at The Royal Court but, as a lifelong red to be perfectly honest, it would have been nicer if I could have thrown something in about Liverpool winning a trophy – any trophy – by now,” Nicky sort of chuckles. “It’s been way too long since the cabinet was opened, but if Klopp’s done one thing so far it’s that he’s brought a buzz and an energy back to the club again.”

“We as supporters like to moan and whatnot, but at the end of the day no club no matter how big or well supported has a God given right to win anything. Newcastle fans will tell you that. Still, I think Jurgen will get it right and, hopefully, it’ll be sooner rather than later.”

The show itself first starred Pauline Daniels and had Howard Gray in the orchestra pit. Now Pauline’s role has been taken on by Lindzi Germaine while Howard has become Director and takes an active role in proceedings on stage, too. All of which can do nothing but help the smooth running of the piece as a whole.

“Having a team of actors who’ve all been involved in the show before always helps. We only had a couple of weeks rehearsals, which was a bit tight with the new scenes we’ve added, but because the cast know more or less roughly what they’re doing from being in it before, things are easier to work with, definitely. I hate sitting on the director’s shoulder anyway because it’s a bit disrespectful I think. With You’ll Never Walk Alone, though, there really is no need because Howard is so good at what he does.”

First and foremost for both Howard and Nicky is that this is a show, an entertaining look back through history, rather than a documentary. “The amount of material I had to work with, I could have probably written two or three plays on this topic truth be told. It becomes a process of elimination to be honest, deciding what fits in the show’s dynamic and what doesn’t then writing accordingly.”

“To be perfectly truthful, this isn’t so much an official history but more LFC: The Musical, but that would have been far too twee a title for anything of mine. It’s not exactly Flashdance that’s for sure! There are a few comedy moments and songs, mixed up with some drama and some scenes audiences, I think, will find genuinely moving. I

did a similar thing with Celtic Football Club recently, too, and that seems to have gone down well. At the end of the day, I like to think it’s entertaining and not a gospel-like retelling of events.”

And as a show – and pretty much regardless of football allegiances – entertain is exactly what it does. As a football story, it has everything.

“It was a particularly difficult show to put together but everybody involved – Mark Moraghan, Bob Eaton, Pauline, Lindzi, Francis Tucker, Adam Keast, Jake Abraham, Howard, Lenny, Jamie Hampson, Rachel Rae who was also in the first run … everyone … they’re all Liverpool fans, so of course they have to be able to add their own experiences and it’s this, as a much as anything else, that makes it work so well. I may have written it, but it’s very much our show and I’m very, very proud of it.”

No history of Liverpool Football Club – entertainment or not – could shy away from the club’s, and the city’s, darkest of times: Hillsborough. “That was tough to write,” Nicky explained. “When we first put it on we were all really aware of just how wrong it could go, but Lindzi just nailed it night after night. Because Lindzi plays it so well, it’s probably the best and certainly the most memorable scene in the whole play. This time, in light of what’s being going on since we last staged it here in 2015, with the inquest and the charges that are finally and rightly being brought against those who were ultimately responsible for 96 men, women and children losing their lives at a football match, of course there have been changes made to the scene to reflect this. It’s still as powerful, though, and Lindzi still nails it. Night after night.”