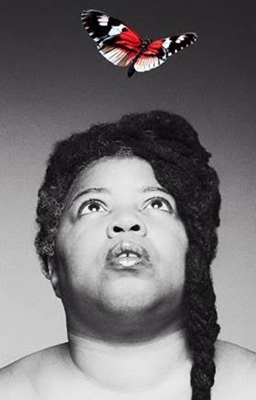 Acclaimed writer, poet and performer Cheryl Martin is bringing her critically-acclaimed one-woman debut show Alaska toLiverpool’s Unity Theatre this autumn. A funny, magical trip to the moon, with singing and dancing thrown in, Alaska is  one woman’s extraordinary story of how she survived growing up with severe depression.

It was inspired by Cheryl Martin’s poetry collection, which was long-listed for the 2015 Polari Prize, and is being staged at the Unity Theatre, with two performances on Thursday 12 October as part of the Liverpool Mental Health Festival.

Audiences are promised a raw and powerful performance, with humour, heart and soul, stunning vocals, and beautiful imagery in the storytelling.

With one in four of us estimated to experience mental health difficulties at some time in our lives, this is a story that touches everyone, whether first-hand or through family and friends. The production, an up close, personal and intense path in to an entrancing visual world, is directed by Darren Pritchard. Writer and performer Cheryl explains: “I called the show Alaska after a line in a Lou Reed song, Caroline Says II, that goes ‘It’s so cold in Alaska’. I chose that because most of the time my emotions seem numb, frozen. Then something happens and they wake up.”