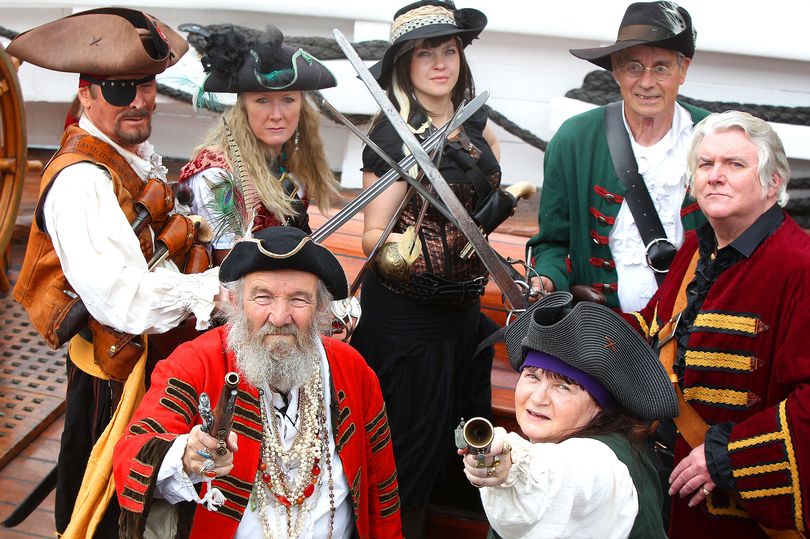 There is lots of family fun to be had this weekend (September 16-17) at the Albert Dock as it once again plays host to one of it’s oldest and most popular events – the Pirate Festival.

This year promises to be bigger and better with the usual pirate shenanigans and swashbuckling fun, including the famous tall ship Phoenix – well known for her appearances in the hit TV show Poldark. There will be storytelling from Captain Curio – Collector of Curiosities & Storyteller of Tall Tales, and a chance to help the ghost of Captain Benjamin Brunskill find his lost treasure, and of course no Pirate festival is complete without a 5ft Pirate Parrot – Captain Pugh will be on hand for photos.

There are various events in and around the Maritime Museum, and plenty scattered around the dock to keep all the family entertained. There are pirate battles that take place on the tall ships which are always worth a look and pirates skulking about trying to recruit anyone onto their ships. Children are encouraged to dress up as their favourite pirates and there will be a parade and prizes awarded for the best costume.

Pirate Festival on the Dock 2017