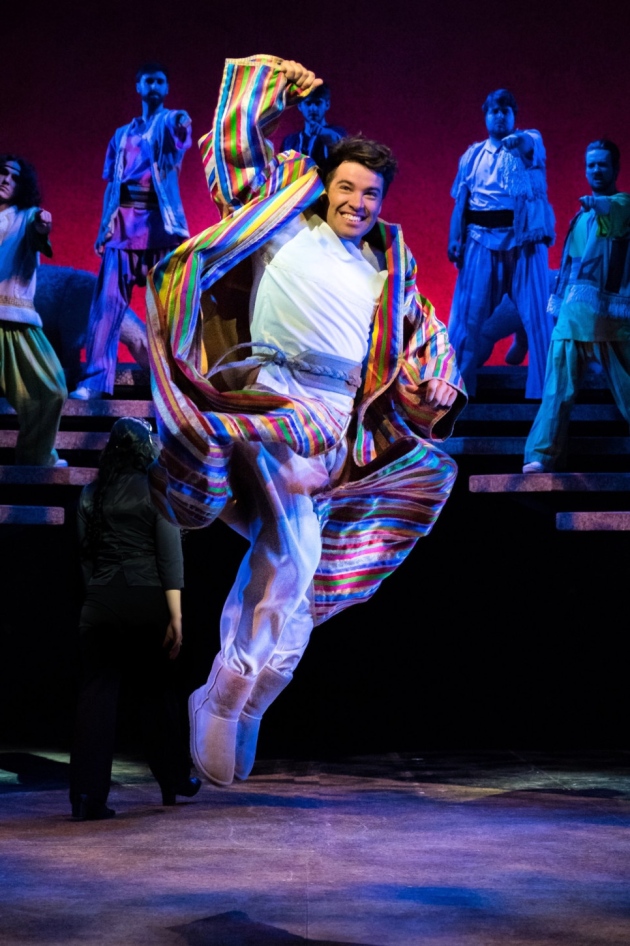 Joseph and the Amazing Technicolor Dreamcoat

Joseph and the Amazing Technicolor Dreamcoat is one of the longest running Sir Tim Rice and Lord Andrew Lloyd Webber musicals, selling to date an estimated 15 million tickets. Remembered by almost every child growing up in the 80s as the musical to be seen in at school, it still manages to pull in new generations of kids into theatres across the land.

This week at the Liverpool Empire Theatre, former X Factor star and perpetual heartthrob Joe McElderry takes on the role of Joseph. As this show is heavy on the vocals, McElderry is perfectly suited to take on this role with his stunning vocals.

Equally stunning in their performance is Trina Hill who takes on the lions share of the singing as Narrator but does so with gusto, and although not a character as such, she leads the story and lifts the vocals beautifully. Alongside the choir of children provided by the Performers Theatre School, there are some stunning harmonies throughout.

The show may start slow – an overly long overture which people just talked through – it quickly picks up pace with one toe tapping song after another. There are lots of visual gags, colourful characters and familiar tunes to keep your attention.

There is much to enjoy in this production and a great show to introduce kids to if they have never been to see a musical. Joseph and the Amazing Technicolor Dreamcoat is definitely a show that the whole family will enjoy.

Joseph and the Amazing Technicolor Dreamcoat runs at the Empire Theatre until 07 October. To book tickets Click HERE