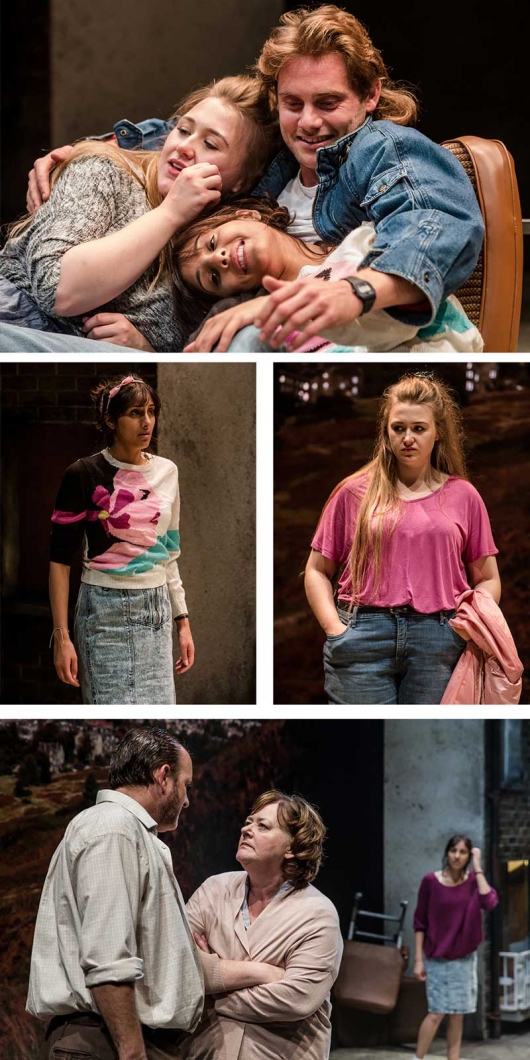 Opening the season for the Playhouse is Andrea Dunbar’s semi -autobiographical play, Rita, Sue & Bob Too, a nostalgic kick back to the 80s and a window to just how grim life was growing up in the Thatcher years. When best friends Rita and Sue get a lift home from married Bob after babysitting his kids, he takes the scenic route and offers them a bit of fun – the three start a fling they each think they can control.

With its very strong language and adult themes this is not for the faint hearted, however Dunbar’s crudeness and visual action (the play has become notorious for the first scene in which Rita and Sue have sex with Bob in his car) are fully in context within the play. Taj Atwal as Rita and Gemma Dobson making an impressive debut as Sue bring an innocence to the girls; for them having sex with a married man is no contest to their YTS. And there is even a certain likeability to Bob, played wonderfully by James Atherton, despite him being the real villain of the piece. The dialogue is delivered at a fast pace which the two girls do with ease, and there is plenty of humour in Dunbar’s script that picks up the mood when needed.

Scene changes are carried out to a soundtrack of 80s music, lip syncing and dancing by the cast left us in doubt as to what era we were in. Rita, Sue & Bob Too was the third and final play that Dunbar wrote; tragically she died of a brain haemorrhage aged just twenty-nine. The rawness in her writing played out so well on stage because she wrote from the heart, drawing from her own experiences, bleak at times but the script is littered with humour.