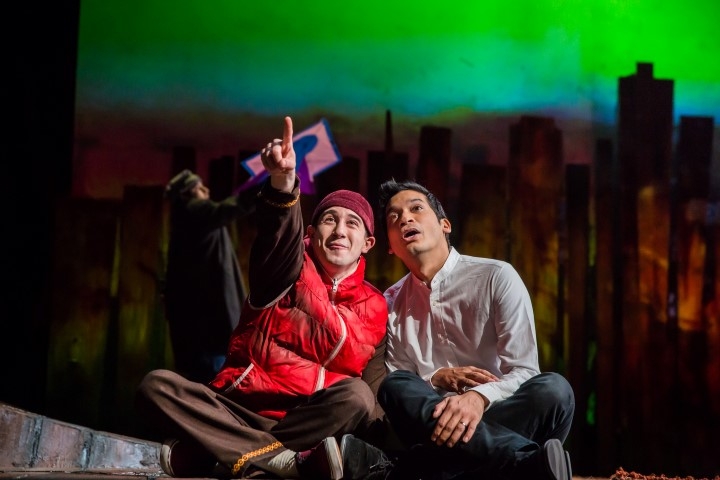 There are certain plays and shows that never grow old, no matter how often they’re watched. For sheer passion, consummate storytelling, superb acting and raw poignancy, the stage adaptation of the best-selling Khaled Hosseini work, The Kite Runner – which returns to The Liverpool Playhouse until March 3 – remains such a play. This is proper theatre, done properly at every turn.

There is so much emotional investment in this work, with each actor giving their all in order to maintain the momentum. Raj Ghatak’s performance of Amir, the story’s narrator, is breathtakingly bold and vibrant. A powerful and tumultuous mix of touching self-awareness and pig-headed selfishness, Amir both warms and chills the heart whilst searching for acceptance and Ghatak’s prowess truly shines from the very first moment he steps on stage; a platform he does not leave until the final light goes out, having delivered a performance that can only be described as energy sapping as it is glorious.

This is as much about class division as it is about loyalty and honour. With Amir being from a ‘superior’ Pashtun background, at the opposite end of the scale is his Hazara servant’s son (and unadmittedly best friend) Hassan, played superbly well by Jo Ben Ayed.

If understatement could be sold in currencies, then Ayed’s capabilities would be worth fortunes. Lots can be said without saying a great deal and in his mannerisms, his timing and overt deference and understanding of his place in the grand scheme of things, Hassan comes across as both victim and victor thanks to his actor’s skills.

Yet The Kite Runner is so much more than the acting, as superb across the board as it is. The stripped back stage gives the cast room to not only move but also to breathe, whereas the implementation of Schwinbogen and Tibetan singing bowls transport the audience almost effortlessly to Afghanistan. Added to this, Hanif Khan’s sumptuous percussion increases and decreases the mood throughout.

Kites are obviously an important image in The Kite Runner, and for Amir they act as symbols of both his childhood happiness and betrayal. The competition scenes throughout still have you rooting for the protagonists as though cheering on a favourite football team; the heart rate quickening in association with the events taking place.

This is the third production of The Kite Runner to have been staged at The Liverpool Playhouse and it takes a lot for any play to absorb an audience so completely. That a majority are on its feet at the curtain call speaks volumes for just how outstanding a play in every aspect this truly is.

The Kite Runner is at The Liverpool Playhouse until March 3.
Click HERE for Tickets