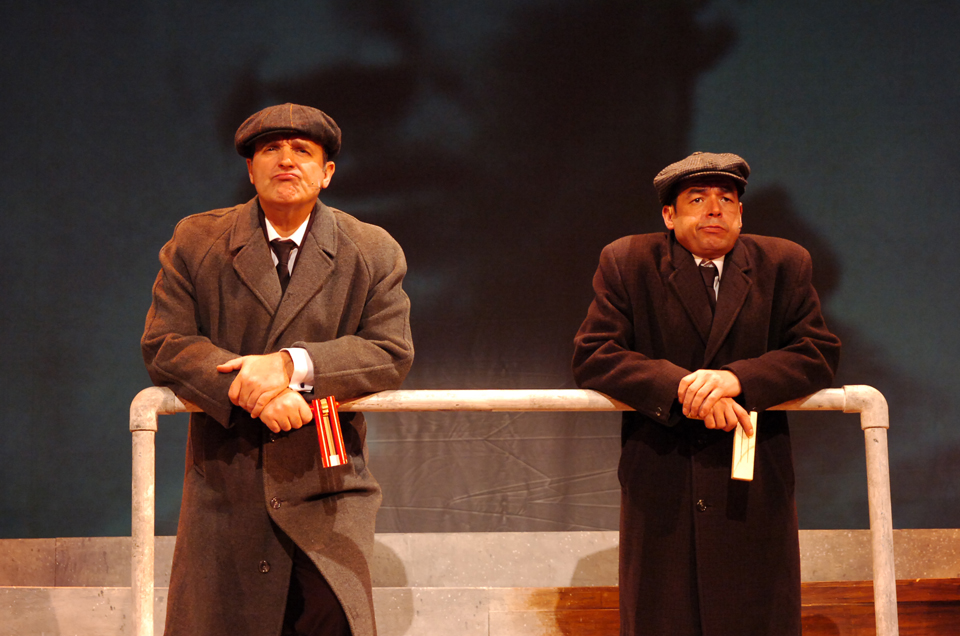 It’s no small undertaking compiling a night of superb theatrical entertainment surrounding what is matter of fact. Yet that is what writer and die-hard Liverpool supporter Nicky Allt, along with director Howard Gray and this outstanding cast of Royal Court stalwarts have achieved with You’ll Never Walk Alone which is currently enjoying another run at the Roe Street venue.

The tag line may be The Official History of LFC, but Allt is right in saying it’s more LFC:The Musical. The tale of one of Europe’s most successful clubs is told mostly through song, though this doesn’t in any way detract from their achievements. In fact, given the anthems that spill down from the terraces of Anfield – even through this current barren run of trophy collection – it could hardly be told any other way.

To single out one performance would be to dismiss the totality of the team effort that makes the show what it is. Yet without question the stand out moment belongs to the superb soliloquy provided by Lindzi Germain in recognition of not only the club’s but the city’s darkest of hours, Hillsborough.

You don’t need to be football follower to understand the consequences of that black April day, you just need to be human, and Germain brings out this humanity and its subsequent passion so powerfully and emotively, it leaves barely a dry eye in the house.

This time, of course,“The Truth” is finally out there and the relief in the room is palpable at its recognition.

The set is made up of a terrace and a barroom in which a family gather to recount the glorious past of the club. There is also a giant screen upon which is played their greatest moments and to pay tribute to their legendary personalities great and not so great: Shankley, Paisley, Fagan, Dalglish, Gillette, Hicks and Hodgeson, who have all contributed to making Liverpool FC what it is today.

This adds immensely to the occasion and the atmosphere, but still misses the flags and banners that have adorned it past productions.

But it is the story, here written with great guile, wit and above all passion, that really takes centre stage and succeeds in making this a night of rich entertainment and not one of facts and stats alone. After all lectures may be informative but they’re hardly ever rich in gags and enjoyment values.

There might even be an appearance put in by the odd Liverpool legend or two.

This is stirring stuff indeed which, coming from a United man, has to be saying something.