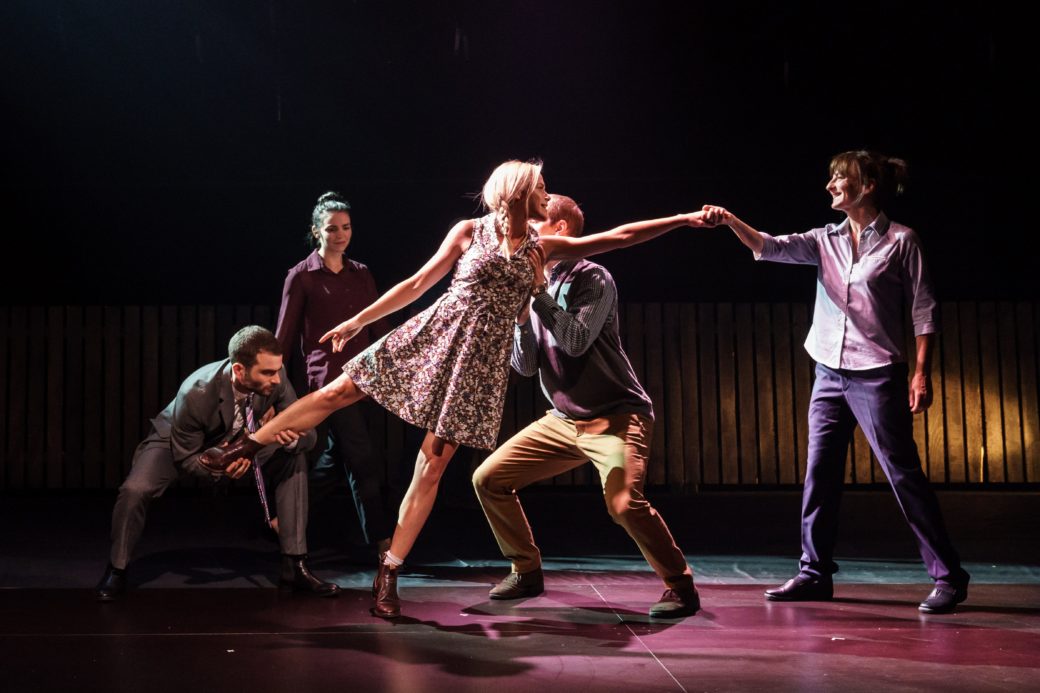 First the bad news: sadly due to ill health, John McArdle has had to pull out of not only these performances of Andrew Bovell’s Things I Know to be True at Chester’s Storyhouse Theatre, but also the remainder of the tour. The good news is that John’s ailment is nothing too serious.

In his place is co-director Scott Graham, with script in hand for the time being, who delivers a great performance of the harassed husband and father Bob, who craves nothing more than a tranquil retirement so as to be able to tend his roses.

There is nothing about this play that is not remarkable. The writing is beyond reproach; a beautifully crafted portrayal of family life stretched across a year, this is observational wit, guile, laughter, remorse, regret, joy, unity and out-and-out power personified; a celebration of all aspects of life, anybody who has lived in amongst the days and years that enrich a family existence is bound to recognise.

Bovell is the man responsible for delivering the script for, amongst other acclaimed works, Strictly Ballroom, so it is no surprise the action is as tightly woven as a paranoid’s psyche, yet aerated enough to allow the actors – and the audience – space to breathe and absorb all that is going on.

With Cate Hamer’s Fran holding the disintegrating strands of her family together, hers is a part integral to the success of the whole. And what a success it is, with Hamer managing to spit fire and brimstone with a simple curl of an eyebrow one moment, then soothe the savage beast of disquiet with a single, deftly delivered word the next. Hamer’s portrayal is in turns strong and sensuous, deep and thought provoking. A performance of brazen, bravura assuredness that deserves all the praise headed its way.

Indeed the entire cast are faultless, with Matthew Barker’s troubled Mark, Arthur Wilson’s devil-may-care Ben and Seline Hizli’s dissatisfied Pip all worthy of superlative laden mentions. Yet it is Kirsty Oswald’s Rosie – from whose point of view the tale is mostly told – who truly shines amongst the characterised offspring: her control and delivery are masterful to the extent where it is impossible to tell where the person ends and the actor begins, so naturally does she come across and so deeply does she burrow beneath the skin of her character.

With this being a Frantic Assembly vehicle, naturally the physicality and sheer dynamism of the piece shines. Here these facets are even brighter thans to the complexity and diversity of the choreography which in itself is made more unforgettable by Geoff Cobham’s stripped back staging and smooth flowing scene changes – consisting of amongst other things sliding chairs, intricately interwoven table movements and subtle and not so subtle lighting arrangements – which all add yet more atmosphere to the ever darkening proceedings.

Things I Know to be True is, in this its second outing across the UK within 18 months, is a play so complete, it should be advertised as being a modern classic already and be studied the length and breadth of Britain as a template of all that is great in theatre.