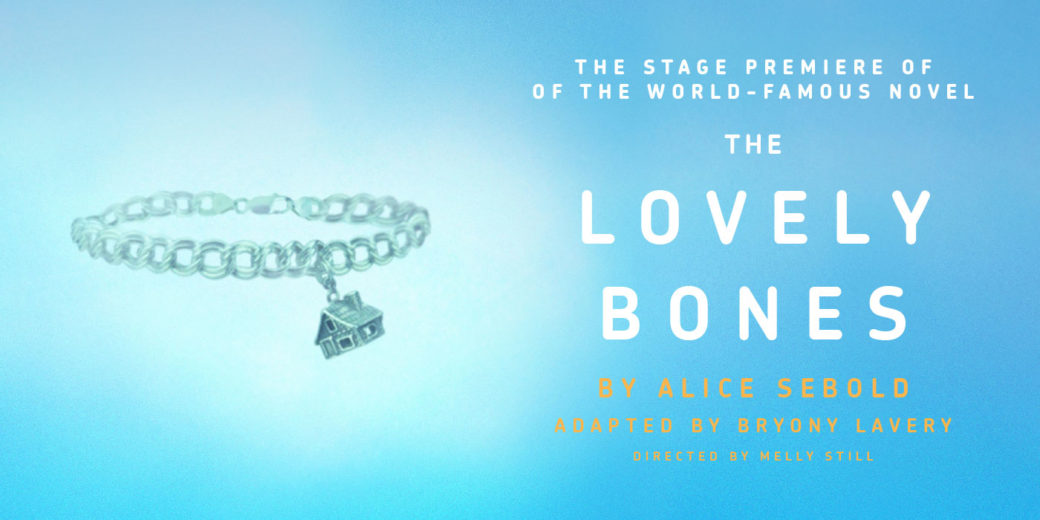 The world premiere of The Lovely Bones, one of the bestselling novels of the 21st century and now adapted for the stage by Bryony Lavery and directed by Melly Still, will open at Royal & Derngate, Northampton on 1 September 2018 before transferring to partner theatres Everyman Liverpool, Northern Stage, Newcastle and Birmingham Repertory Theatre. The show will also tour to The New Wolsey Theatre, Ipswich.

Alice Sebold’s unique coming-of-age tale captured the hearts of readers throughout the world when it was first published in 2002. An uplifting story about life after loss, The Lovely Bones, achieved critical acclaim and became an instant bestseller across the world. It won the Indies Choice Book Award for Adult Fiction 2003 and was on Oprah’s Book Club list for 2010.

The Lovely Bones tells the story of young girl Susie Salmon, who is just like any other girl. She wants to be beautiful, adores her charm bracelet and has a crush on a boy from school. There’s one big difference though – Susie is dead. Susie can only observe while her family cope with their grief in their different ways. Her father, Jack is obsessed with identifying the killer. Her mother, Abigail is desperate to create a brighter future. And her sister, Lindsay is discovering the opposite sex with experiences that Susie will never know. Susie is desperate to help them and there might be a way of reaching them.

Alice Sebold today expressed her excitement to “see The Lovely Bones as a play and to see its characters come to life on stage” whilst Bryony Lavery spoke of her passion for this “rich, funny, tough, healing book” saying that “I’ve found that the huge story is very, very happy to change its medium and reveal its treasures on the stages at five of the UK’s leading theatres. I am a most fortunate playwright!”

Bringing The Lovely Bones to life on stage is director Melly Still, whose credits include the acclaimed Olivier and Tony Award-nominated production of Coram Boy (National Theatre and Broadway), My Beautiful Friend (Rose Theatre Kingston) and several recent productions for Glyndebourne, the National Theatre and the Royal Shakespeare Company.

Tickets: On sale in March

Tickets: On general sale from 19 March

Tickets: From £10 (subject to availability)