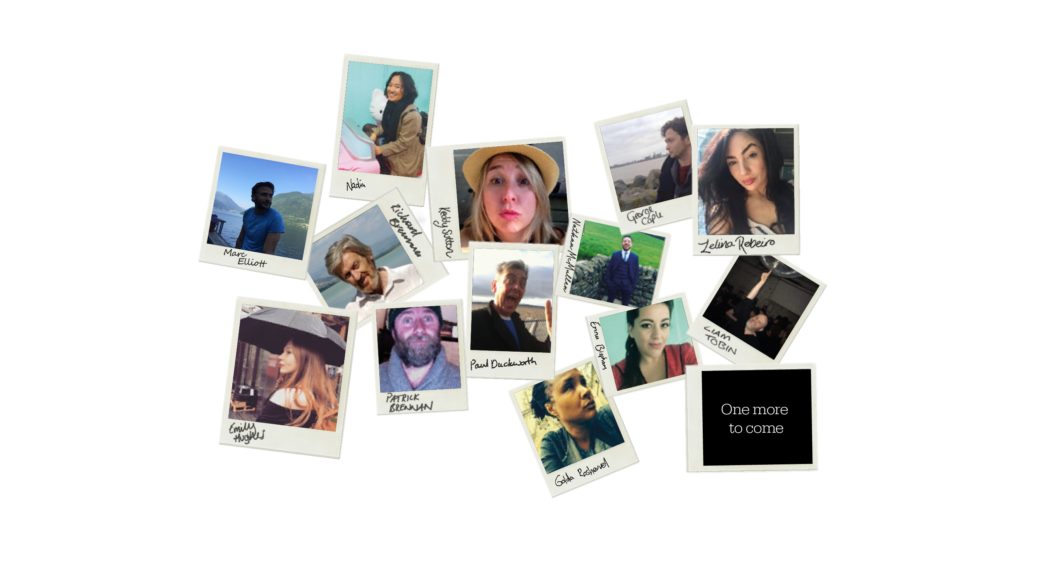 Never to be accused of resting on its laurels, The Liverpool Everyman Theatre moves forward into 2018. With its much acclaimed, in-house productions already announced for next year, here’s the brand new team of actors, some familiar some possibly not so, who will perform in them .

Just weeks after winning two major awards for its 21st Century version of the ‘rep’ company model, the Everyman has announced actors who will form part of the Everyman Company 2018. The Company will perform a season of four plays exploring the theme of brave new worlds for the first half of 2018.

Part of the pioneering 2017 Company and returning to Hope Street venue for 2018 are Richard Bremmer, Patrick Brennan, George Caple, Zelina Rebeiro, Keddy Sutton, Liam Tobin and Emily Hughes, who was nominated for The Stage Debut Awards 2017 for her performances in last year’s Company.

Joining them as new company members are Liverpool actors Emma Bispham, Nathan McMullen and Paul Duckworth, together with Golda Rosheuvel and Marc Elliott.

Nadia Mohamad Noor will be part of the 2018 Company season as this year’s Young Everyman & Playhouse (YEP) Acting Trainee, as the theatre continues to develop the theatre-makers of the future.

The award-winning Everyman Company, which last month won the Peter Brook/Equity Ensemble award, is this year set to explore ‘brave new worlds’ through Paint Your Wagon, A Clockwork Orange, Othello and The Big I Am.

Director Gemma Bodinetz, winner of the UK Theatre Best Director award 2017 and the creative team behind 2017’s whirlwind production Fiddler on the Roof, reunite to create another uniquely Everyman musical experience with Paint Your Wagon.

Written by Alan Jay Lerner and Frederick Loewe (My Fair Lady), Paint Your Wagon originally premiered on Broadway in 1951 and has not featured as a major production in the UK since 1996. Set in prospecting-era America, the production includes hit songs Wand’rin Star, I Talk to the Trees and I’m on my Way. This latest Everyman musical is a diamond in the rough ready to open the Company 2018 season.

Associate director Nick Bagnall will direct Anthony Burgess’s dystopian classic A Clockwork Orange. Described as a ‘nasty little shocker’ by Time Magazine following its release, the production will stay true to Burgess’s novel, with the iconic and anarchic protagonist Alex serving as a reminder that new worlds are not always a good thing.

Gemma Bodinetz’s interpretation of Shakespeare’s Othello will feature Golda Rosheuvel playing the title role as ideas of gender, race, sexuality and hierarchy are challenged in a man’s world. Audiences are invited into the not too distant future, a world of patriarchy, power, hatred and bigotry in a modern take on this classic Shakespearian tragedy.

Liverpool playwright Robert Farquhar’s re-imagining of Henrik Ibsen’s classic tale Peer Gynt completes the season, as Nick Bagnall directs The Big I Am. A time-travelling, city-hopping voyage with an enigmatic storyteller, The Big I Am takes us on a journey from wartime Britain to the ends of the earth as we follow Peer Gynt on a search for freedom.

“Company 18 is a marriage of old and new plays, familiar faces and not so familiar faces” Gemma said. “Last year was an extraordinary adventure into new territory – we’ve borrowed all we learnt from our first and award-winning Company season and tried to do it even better. We’re loading up our wagons again with just as much vigour and excitement.”

The Company 2018 season will once again include the work of Young Everyman & Playhouse (YEP), with young actors featuring in both Othello and A Clockwork Orange, and young directors and producers shadowing experienced professionals to deepen their training.

Returning from the first Company season are designers Jocelyn Meall and Molly Lacey Davies, joined by Natalie Johnson who is this year’s LIPA Design Prize winner and will design costumes and props for Othello.  James Fortune returns as composer for A Clockwork Orange and The Big I Am and Kneehigh’s Etta Murfit will direct movement in A Clockwork Orange.

Access to theatre for all remains an important aspect of the E&P’s work and there are a variety of prices available across the season, with tickets priced at £10 – or just £5 for young people – at all performances.

Once again, there is the opportunity to see multiple productions through subscription packages which include seeing all four plays for just £28. All of the productions will have Captioned and Audio Described performances, with a relaxed performance of Paint Your Wagon. To support the visits of those attending with Access needs, the Everyman has increased the discount and continue to offer a companion seat where additional support is required.

Tickets are on sale from Monday 13 November from the Everyman Box Office by calling 0151 709 4776 or at: www.everymanplayhouse.com/whats-on/LINK.