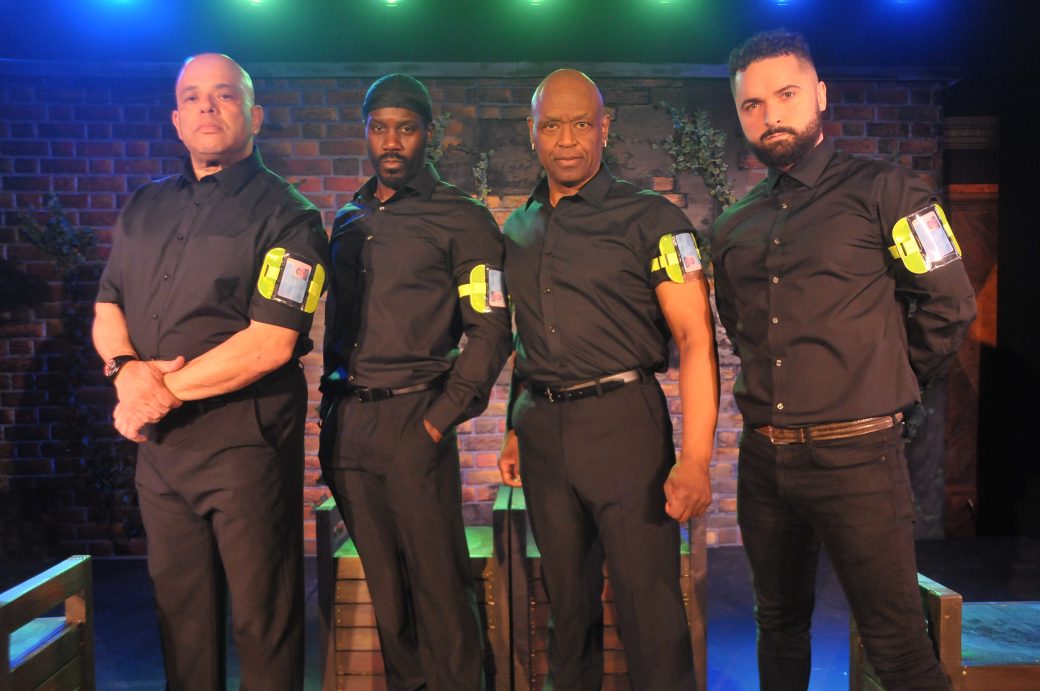 It’s no small undertaking trying to adapt a modern classic such as John Godber’s Bouncers, which is currently Downstairs at The Royal Court Theatre in Liverpool, and even more daunting when it’s the first production of a brand new theatre company. The great news is, however, that Maurice Bessman, Miriam Mussa and this fabulous cast have not only managed to keep the essence of the original alive. They’ve breathed fresh life into proceedings by bringing it bang up to date.

The faces may have changed, the language may be different and the ways and means of communicating may have altered. The music certainly isn’t what it was, that’s for sure! Yet if there’s one thing that will forever remain the same, its’s the need for a bloody good night out on the lash! Male or female, rich or poor, drop dead or otherwise, the club’s are the place to be and the Bouncers – sorry, Hospitality and Hosting Doormen – are always on hand to separate the wheat from the chaff. Or a head from it’s teeth.

From the off, all four storm out of the gate and set the tempo to 10+. The new styled opening provides a zing that, for the most part, break dances through the show and becomes almost terminally infectious at times. So much so that we’re 3/4 of the way through Act I before all four men actually become Judd, Les, Ralph and, of course, Lucky Eric: The Bouncers.

Beforehand they are exquisitely masquerading as everybody and anybody we might recognise of a weekend. Trevor Dwyer-Lynch as the one girl who’s “big boned” is an absolute delight, and genuinely menacing as the somewhat psychotic Judd, whereas Marlon G. Day’s jilted birthday girl is frighteningly realistic and scarily good, but as laid back Les he’s a different kettle of fish. It nonetheless convincing. Joe Speare’s Lucky Eric is everything you would want in a father figure, or a doorman, but in the former we get the experience sometimes, in the latter all too rarely.

Yet it is Zain Salim who really sets the stage alight. His over keen Ralph and desperately seeking sex, WAGish alter-ego are a hoot from first to last and Salim absolutely nails each character he portrays throughout.

With live music resounding throughout this pseudo-nightclub courtesy of a live DJ adding a sense of yet more reality, this new production of Bouncers is a red hot show, with a red hot cast and red hot update. Boisterous, on the other hand, are clearly a white hot and volcanic addition to the already explosive theatre scene in Liverpool.

It may not be what you’re used to but, wow, this is quality stuff, indeed.