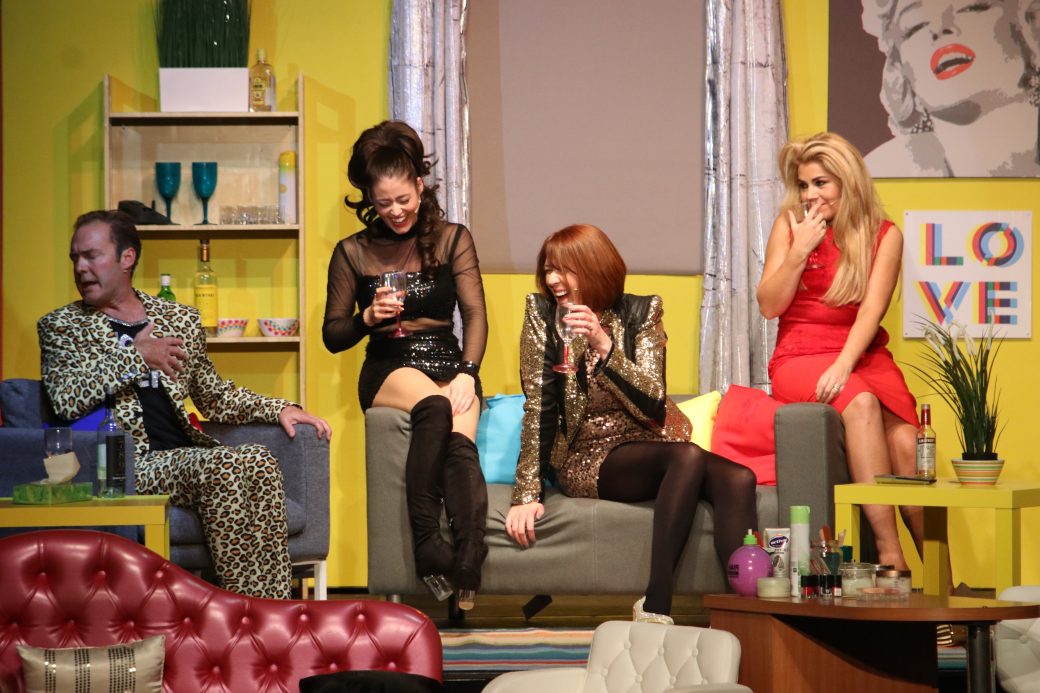 The Salon, Drew Quayle’s comedic slice of Liverpool life, drips with so much near-the-knuckleness it’s close to being an old schoolmaster’s ruler. Not for the easily offended on any level, here’s a roustabout comedy that’s genuinely funny while also taking a look at love and relationships and what they actually mean. There were more than a few issues with the sound in the first half, but then they’re pretty easily sorted and dealt with well regardless.

The average day at this Liverpool hair and beauty salon, Curl Up & Dye, involves shouting, crying and singing, with the odd beauty treatment thrown in for good measure. Carol, Sheila and Tia are trying to deal with customers while all around them their lives are blown about like a loose ‘set’ in a high wind.

Carol wants to find true love, Tia wants to be a pop star and Sheila just wants a toy boy. Mix in a camp-as-Christmas boss, a plastic gangster who is trying to take over the salon, an hysterical drama queen, and a whole lot of vodka, and it all adds up to a chaotically funny night out.

The cast are on fine form, for the most part, with Radio City’s Leanne Campbell as shop manager and love lorn Carol leading the way. Years of experience on the panto stage could in no way prepare the Breakfast Show co-host for The Salon, but nevertheless her abilities still shine and she delivers time and again.

Excellent too, as bawdy Sheila, is former Brooksider Sarah White and it’s a pleasure to watch the cast as a whole let their collective hairs down and really let loose. Peter Amory may be more familiar as Chris Tate from days of yore on Emmerdale, but here he is campness personified as shop owner and jilted Neil, whereas Philip Olivier’s wannabe nasty Tony is a joy.

As for X-Factor hopeful Tia played by Olivia Sloyan and Harry Derbridge’s uber-Gay Paul, both show that’ there’s more to their armouries than the odd pout and preen. Indeed, Sloyan shows she has a lot more to offer and it’d be great to see her in something a little more serious to evaluate whether she can really cut the mustard.

Expertly handled from the chair by Sylvia Gatrill, The Salon is hardly Shakespearean. What it is and remains to be since it’s first outing in 2009, though, is a damn good night out despite that will have you gasping for all the right reasons.