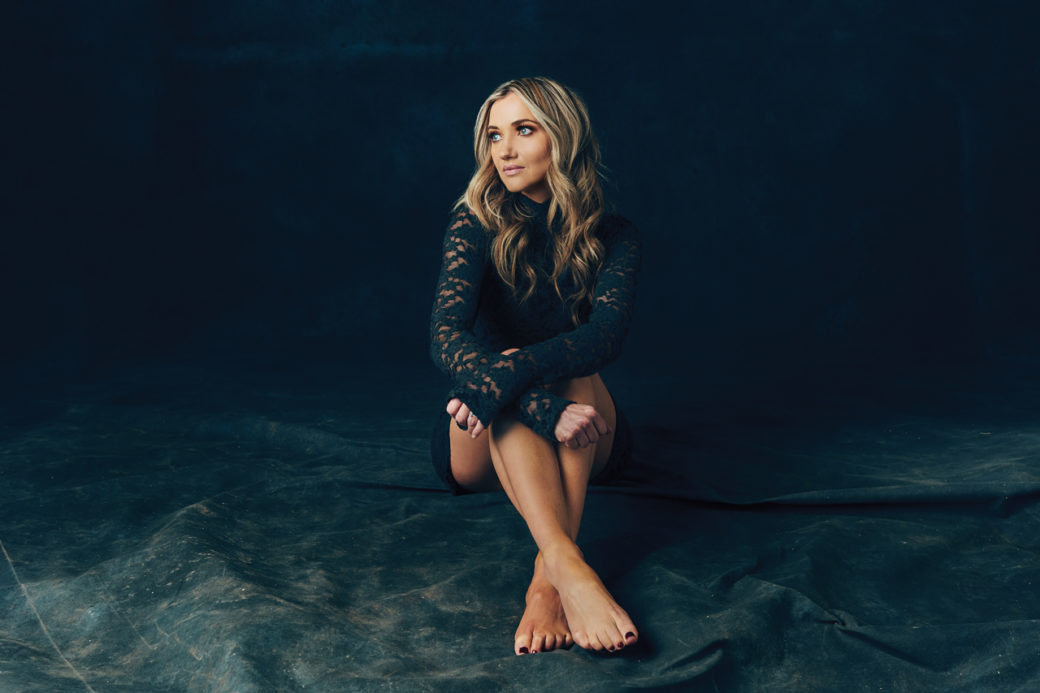 Headlining her first tour of the UK, Sarah Darling is among the brightest of many new stars currently traversing the Country music galaxy right now. Celebrated in Nashville and with a rising profile in the UK, Sarah has worked with the best producers in the business including Mark Bright, responsible for some of the greatest albums by Carrie Underwood among others.

Sarah has previously toured with chart toppers Ward Thomas and The Shires, had plays on BBC Radio 2, played the Grand Ole Opry 88 times and is a regular performer at the UK’s biggest country festival C2C. All this has lead her being nominated recently for International Touring Artist of the Year by the British Country Music Awards, plus, Sarah has had her own line of cowboy boots! Yet it’s her latest and highly acclaimed album Dream Country she’s here to promote and its from this that much of her material will come this evening.

So is the talk matched by the walk? Well things certainly get off to a superb start with her special guest Kiol. Now here’s a young man with a voice. Reminiscent of David Gray and George Ezra combined, the twenty – yes, TWENTY!! – year old Italian took to the stage with fellow guitarist  Federico Puttilli and played a dynamic, eclectic and energetic thirty minute acoustic set that had the sold out audience inside Studio 2 Parr Street, eating out of the palm of his hand within minutes .

Broken Up Again is joyous. The opening song from the EP I Come As I Am, it wouldn’t be amiss amongst anything Mumford & Son have produced, as is Wrinkless which is just a tub thumping, ‘happy thought’ enticement throughout. Slipping on my Tears has “fun’ written through its heart; as exuberant as a firework show at full kilter, with Easy Call keeping up the tempo effortlessly.

There’s even time for an impromptu lesson in Italian with the the diminutive musician urging a bit of audience participation during Piazza Grande. Thirty minutes simply flew by in the company of these pair of fabulous musicians and nobody could have complained had they played all night.

As it is though, the stage and the room is well prepared for Sarah Darling to raise the bar still higher; a task she more than achieves, aided and abetted by a magnificent four piece backing band.

It’s easy to see why there’s such a buzz about her music. The woman from Des Moines, Iowa, has a silky, velvety vocal that wraps itself around your heart and refuses to let go. Where Cowboys Ride may have something of a stereotypical C&W title but is, in fact, a song that’s not much sung but is rather painted; a vivid yet translucent number which shimmers like a satisfying dream that’s just out of reach.

Starry Eyes is a beautifully composed ballad of exceptional proportions whereas the latest single, Wasted, simply drips heartache and angst. It’d not all doom and gloom though. There’s a delicious and somewhat impromptu-seeming cover of Coldplay’s Yellow and a sumptuous solo Ring of Fire that’s so stripped back you can almost see the plaster beneath the strong walls Johnny Cash built the song upon.

The lyricism of Darling’s writing is exceptional. Monmartre summons up strolls along the Seine with ease, whereas The Boy Never Stays picks up things beautifully. Home To Me too could be saccharine sweet, yet steers well clear of the schmaltz thanks to the energy and strength of the underlying intent.

Closing out her hour and fifteen minute set on Stargazer, Sarah Darling takes her leave to rapturous applause, arm-in-arm with Kiol, happy to spend the next hour or two in the company of her adoring fans.

So was the talk matched by the walk? Oh yes. A memorable night was had by all and, with luck, it won’t be too long before both of these fine artists are back in the city.