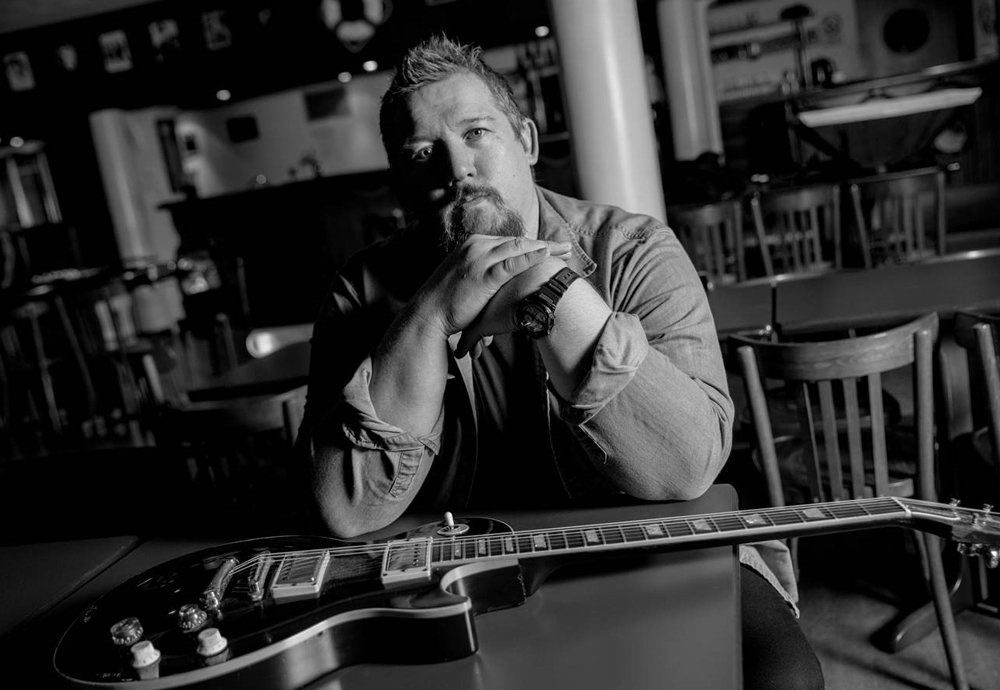 Never let be said that Stevie Nimmo lets his fans down. Despite a recent disagreement with a mountain bike resulting in the bluesman breaking his arm, the band are fulfilling their gig sheet courtesy of brother Alan Nimmo – yes, he of King King – stepping up and filling in on guitar, while he himself lets his voice recover sufficiently to tour with his own band.

This marvellous night of musical mastery is kicked off by the superb Liverpool band The Hexmen, with lead vocalist and harmonica player George Hexman ripping into it with gusto. Lonely Avenue is all laid back, harp driven blues at its very best, whereas Baby Please Don’t Go has a gritty rawness that is intensely infectious.

Both tracks are from the band’s latest album, King Bee, which was recorded at Abbey Studios. The title track of which is a corker, with Ian Fuller’s guitar, Mat Shaw’s drums and Mike Cain’s peerless bass work driving the whole thing from behind like some sort of gigantic juggernaut which George nimbly steers.

Added to this is the main man’s presence on stage, which is absolutely hilarious at times. If you’ve not had the pleasure, check their dates online for when they’re appearing near you.

So with the lights dimming and rain steadily falling outside, its time for Stevie Nimmo replete with sling, and his four cohorts to take the stage. A pulsating Roll the Dice segues neatly and seamlessly into Still Hungry and the scene is set. Then of course there’s the majestic Good Day For the Blues which is heady stuff by anybody’s reckoning.

There is much banter as to the sympathy – or lack thereof – which has been directed at Nimmo, but what shines is the camaraderie between all three of Stevie’s band mates this evening. A tight unit that delivers song after song with such passion it could make Da Vinci sweat in appreciation.

Running on Back to You is sublime, Change is ripped apart and put together again with some searing guitar work and Gambler’s Roll,originally performed by the Allman Brothers, is given a breath of fresh air and a whole new gear.

Tonight though Eric Clapton’s River of Tears gets the nod for track of the night. It’s soaring, steaming brilliance rippling through the audience and leaving them slack jawed in admiration.

The Stevie Nimmo Trio are a band beyond superlatives in their own right. With Alan Nimmo alongside, there’s just that extra bit of magic in having seen something special; as though each brother has given two of halves of themselves to make the complete, perfect blues playing package and provides a tiny taste of what it must have been like in the Nimmo household as the two boys were growing up!

A great night indeed and get well soon, both.