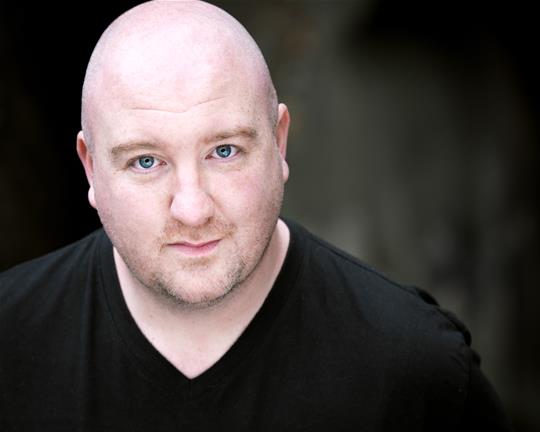 In what is the twenty-fifth stage anniversary year of Silas Hocking’s classic novel, Her Benny has opened at The Liverpool Royal Court Theatre starring Court favourites Lindzi Germain and John McGrellis, who himself has had a pretty big twelve months. Her Benny is one of the great Liverpool musicals; an unmissable family show for young and old alike, with people always keen to see Benny and Nell.

“I read the book as a child, as many of us did, and revisited it recently before rehearsals,” John said. “It’s such a great story and Anne Dalton has done an amazing job with the adaptation in managing to retain so much and telling the story with fantastic show tunes. Her Benny is a fantastic family show with something for everyone: You’ll laugh, cry – trust me you will – and you’ll be foot-tapping along to all the catchy songs. What’s not to like, right?”

“Then, as if all this wasn’t enough for me, I’ll be working alongside the incomparable Lindzi Germain!  I’m so chuffed to be working with her again, after three years…where does the time go??!? We had an absolute scream last time on Scouse of the Antarctic, and have been great mates ever since. I just love working with her. She’s such a laugh and such a fantastic actor!” 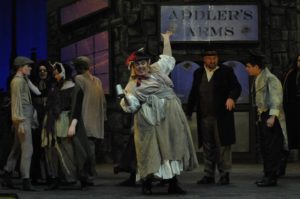 “It’ll be boss for the Royal Court regulars to be able to bring the kids along and introduce the little ones to the lovely Royal Court Theatre too. It is such a special place: a theatre for the people.  I adore the place because it is everything theatre should be. The expansion is amazing and it’s just going from strength to strength. Come down, have a drink and a bite to eat, a boss show, a few more drinks with the cast afterwards then go home happy.

John’s is a tough job this time around: he has more than one character to portray. “I’m playing Jack Bates, Benny’s alcoholic, abusive father. He sends the kids begging on the streets for his addiction and is the catalyst for Benny and Nell going alone on the tough Liverpool streets. I also play Jazzer, a cocky villain. A nasty piece of work, he recruits kids into his criminal organisation. We see him try to manipulate Benny, using his sister’s ill health to lure him into his world.”

“On the surface, Jazzer’s quite a comic character but, as the show progresses, we see he has a really dark side. It’s where the show really underlines its relevance to today’s world and it will hopefully highlight the dangers of such groomers to our younger audiences. Sadly very little appears to have changed in the way young kids are recruited into gangs whose stock in trade is preying on the vulnerable before chewing them up and spitting them back out when they’ve finally broken. Luckily, Benny is a wise young man.” 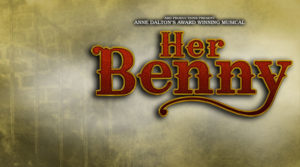 Her Benny is the first outing at The Royal Court for Janet Conley and the first time both she and John have worked together. “Janet is an amazing singer and actress as well as being a genuinely lovely person. All the cast are, to be honest, and the young ‘uns just blow me away!! There’s no way I could do what they’re doing at their age I can tell you! In fact, there’s probably more than a few would tell you I can’t do it now,” John laughs.

In all seriousness, there aren’t many who could possibly question John McGrellis’s acting capabilities, particularly following his performances in the harrowing re-enactment of the tragic case of Rhys Jones in Little Boy Blue. The ITV Drama saw John appear alongside Stephen Graham last year during what was an emotional filming schedule.

“I was extremely proud to play the role of real-life Detective Martin Leahy in Little Boy Blue. I think the producers handled it with such care and were in constant contact with the Jones family, who were behind the project from day one. The drama had a terrific cast and Paul Whittington is an amazing director I hope to work with again. We did lots of research prior to filming and it was so insightful meeting the real detectives involved in the case and the lengths they went to in bringing justice to the Jones family. It’s such a tragic story, one I wish didn’t have to be told, and one I’m so proud to have been a part of.” 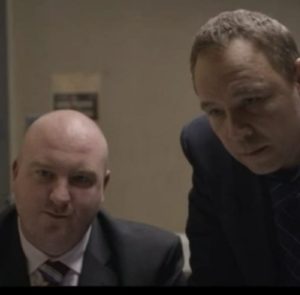 “Working with Ste Graham was just tremendous, as you’d imagine. I learned so much about the craft of screen acting and he is truly phenomenal: one of our best actors in my opinion and I’ve been lucky enough to work with him since, on Shane Meadows’ The Virtues.

So following this run in Her Benny, what’s next for John McGrellis? “Well, I’ve got a few telly bits coming up this year and I’m waiting on the yes or no for another job as we speak so I keeping a checking my email every few minutes.  For now, I’m just so excited to be involved with Her Benny. Its great being part of such a big, classic Liverpudlian show and I was thrilled to be offered the job. It’s a huge privilege and especially back here at The Royal Court.”

Her Benny runs at The Liverpool Royal Court until Saturday 10 February 2018.