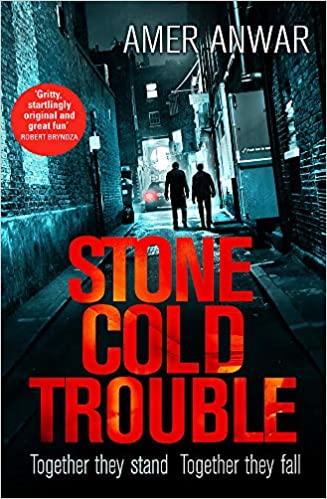 Having received rave reviews for his debut novel Brothers in Blood two years ago, Amer Anwar has succeeded where many fail: to produce a sequel that is as engrossing as the first … if not more so.

Trying – and failing – to keep his head down and to stay out of trouble, ex-con Zaq Khan agrees to help his best friend, Jags, recover a family heirloom, currently in the possession of a wealthy businessman. But when Zaq’s brother is viciously assaulted, Zaq is left wondering whether someone from his own past is out to get revenge.

Wanting answers and retribution, Zaq and Jags set out to track down those responsible. Meanwhile, their dealings with the businessman take a turn for the worse and Zaq and Jags find themselves suspected of murder.

What is so good about this novel is its authenticity. A real sense of British-Asian culture shines through, but never in a preachy “us and them” manner. There’s a deftness to his writing; a solid style of characterisation – Uncle ‘Lucky’ is a beautifully drawn, almost melancholic guy everybody will recognise, Asian or not – and the sense of place, West London with its sights, sounds and distinctive scents, is captured fabulously well.

The story is distinctly old school, but with more than a enough action, tension and intrigue to keep the pages fluttering over. All with the added bonus of there being more than few laughs to catch readers unaware and so allow time to draw a deep breath between dramas.

Writing a follow up to a successful debut is tough, tough work. In the hands of Amer Anwar though, it seems talent will always shine through and make it seem ‘easy’. 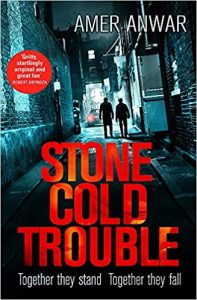