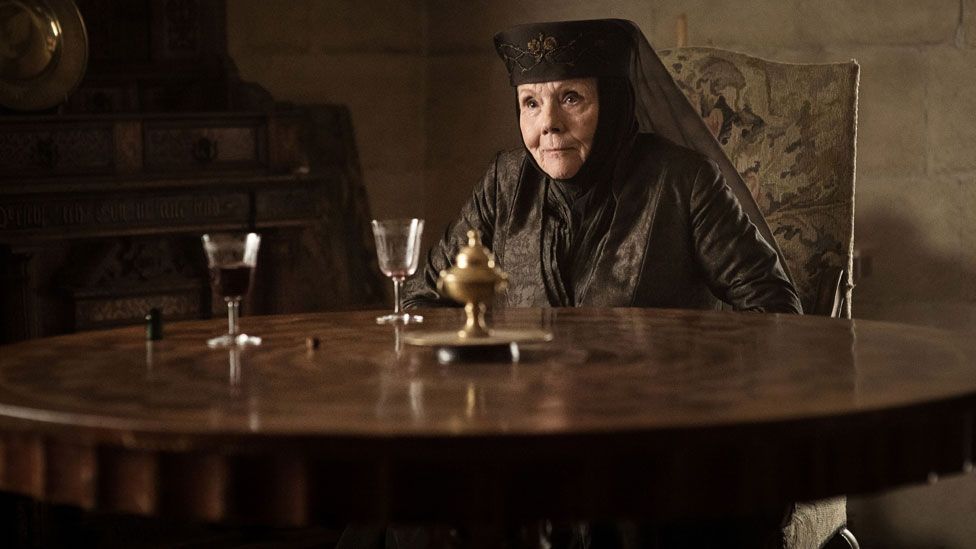 When anybody is asked to think of two iconic female roles from the 60s, those of Pussy Galore played by Honor Blackman in Goldfinger and Emma Peel (M-Appeal = Man Appeal) played by Diana Rigg in The Avengers leap to mind straight away as being era defining.

Dame Enid Diana Rigg passed away today, aged 82, and despite many roles, perhaps her most recognisable to the generation of 2020 will 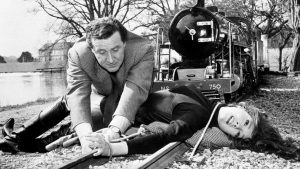 be that of Lady Ollena Tyrell in Game of Thrones.  As a fan of the show, hearing her swear in such abrupt, forthright matter of fact tones was a constant delight.

Incidentally, hers is the only character, Countess Tracy di Vicenzo, to have successfully dragged James Bond to the altar in On Her Majesty’s Secret Service, with George Lazenby in his brief run as 007 and Telly Savallas as Blofeld.

In 1993 she starred in Medea in London and on tour.  She then followed it to Broadway and promptly won the Tony award. In 1996 she played Mrs. Golightly for ITV, in Andrew Davies’ splendid romp In Mad Pursuit of Moll Flanders. This also featured fledgling stars Alex Kingston and current Bond, Daniel Craig.

In 1997, she won an Emmy for playing Mrs. Danvers in the BBC production of Rebecca, alongside Emelia Fox and Charles Dance – with whom she would later star with in Game of Thrones of course.

To underline her prowess, there aren’t many actors who can claim to have had Dr. Who 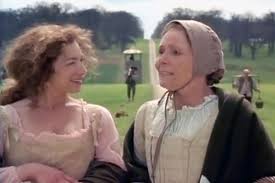 stories written specifically for them (The Crimson Horror). Nor can have disliked an

actor so much they ‘reputedly’ ate garlic before their love scenes (Lazenby). She denied it, but never that convincingly.

For all her twenty-smokes-a-day largesse, she was a devout Christian who excelled at playing quick-witted, iron-bodiced characters. In 1996 she appeared as Martha alongside David Suchet’s George in Who’s Afraid of Virginia Wolf to much acclaim. With knuckled steel fists inside pristine kid gloves, her characters were nothing less than fiercesome. She is currently to be seen playing Mrs. Pomfrey in All Creatures Great and Small on Channel 5. Anoher stalwart character.

For me, her performance as Queen Henrietta Maria, wife of the executed Charles I and 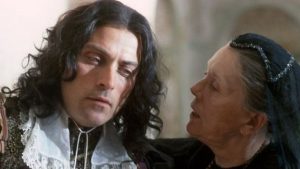 mother of Charles II, alongside Thomas Sewell’s returning king  in the BBCs Charles II: The Power and the Passion in 2003, is the benchmark for playing a conflicted, deeply selfish and damaged monarchy.

Dame Diana Rigg was sassy, acerbic, versatile and sexy without being reliant on her looks. When a critic commented on what he thought to be an unconvincing nude scene in a play in New York, she said in return: “I’m from Yorkshire. We’re only used to taking our clothes off on Friday nights and even then it’s only for a bath!”

Dame Diana Rigg is a sad loss to not only those actors and audiences of a bygone age, but also to those of today who aspire to such excellence. From The Avengers through to Game of Thrones and calling at all points in between, she has provided so much more than M-Appeal and has left in her wake a glittering legacy for us to savour.