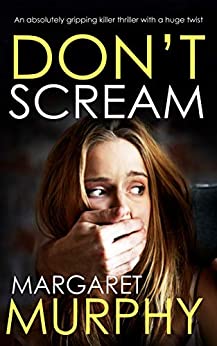 It’s been a long time coming, but Margaret Murphy and her fabulously crafted protagonist, DCI Jeff Rickman, are back with a crime fiction novel as tense and taut and dangerous as a tightened trip wire.

A young mother killed by a thousand cuts. Detective Rickman can’t take his eyes off her body. There is so much blood. A lacing of fine cuts: parallel lines, curls, sunbursts, whorls and geometric patterns. ‘the baby?’ he asks. ‘is the baby all right?’ Someone has taken the baby and is on the run. Rickman must dive into a world of exploitation and betrayal in a case that becomes personal for the whole team.

The first book in the Rickman series, The Dispossessed (republished by Joffe as See Her Burn) was published way back in 2004 and brought Murphy to the fore amongst her peers. With interceding novels aplenty, it wasn’t until 2016 and Now You See Me (republished as See Her Die, again by Joffe) that Rickman came to light once more.

With forays writing under the pseudonyms of both A D Garret and Ashley Dyer behind her, the Wirralian based crime author is back with a bang with this, the third installment of the Rickman series that sees the physically scarred cop back at his enigmatic best.

The setting of Liverpool adds depth and tension, with its architectural and cultural legacy breathing fresh air into the ancient lungs of bad guys needing to be tracked, traced, and outdone. There is also a sense of ‘humanity’ Murphy brings to her antagonists and, as ever, it is the feelings of all concerned that fall most beneath the lens of her writing.

It would be easy not to like any of her ‘baddies’, but as with life this cannot – and, here, is not – the case. Mark Davis is drawn with a subtlety that far exceeds that which might be thought of as the average ‘Scally’, whereas Rob Maitland steers just the right side of the road when it comes to the caricature of a gangland Don.

Yet it is the story, imbued with empathy, sympathy and a rigorous though not the heavy-handed sense of detail which most captivates and so hoists the banner of contemporary crime fiction writing up amongst the most literary of genres.

Dark, deeply absorbing a delightfully crafted, Don’t Scream heralds the glorious return of one of the UK’s finest exponents of the most popular form of writing there is and one of its finest detective cohorts. 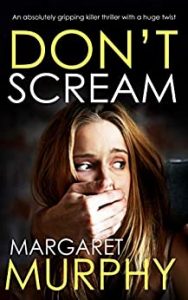