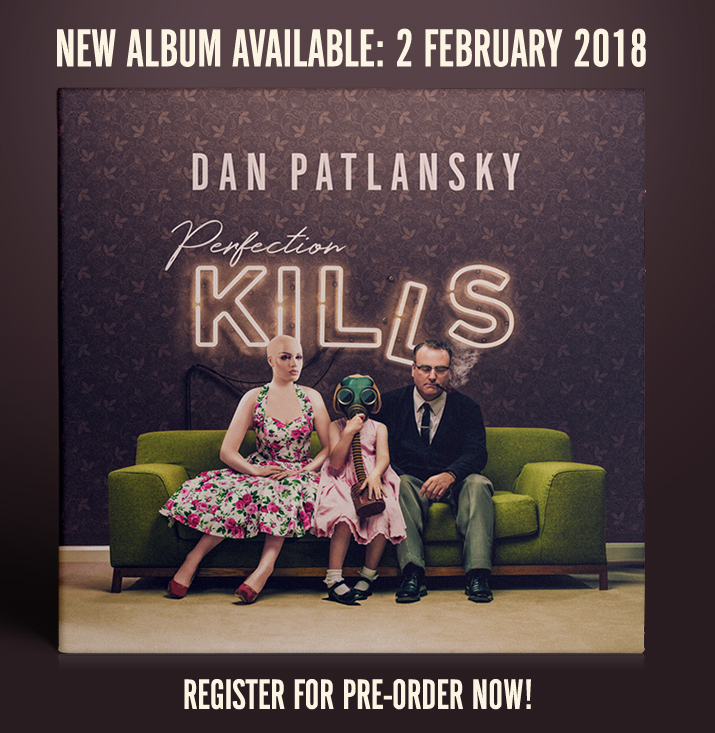 South African singer-songwriter and guitarist, Dan Patlansky, is set to the release his new studio album Perfection Kills in the UK on Friday 2nd February 2018.  The album is the follow up to 2016’s critically acclaimed “Introvertigo” which was voted #1 Blues Rock Album 2016 by Blues Rock Review.

To dovetail the release of the new album, Dan will embark on a UK tour in March 2018 with special guest Mollie Marriott. The tour will start at the Manchester Ruby Lounge on Thursday 15th March and include dates in Newcastle (Mar 16), Leek (Mar 17), Bristol (Mar 18), Sheffield (Mar 20) and London (Mar 21

Dan Patlansky was nominated as one of Classic Rock magazine’s hotly tipped new artists of 2015. His album Dear Silence Thieves received accolades and praise from the British press. He’s been voted Most Promising Male Blues Artist by Blues & Soul Magazine, and only recently has he been nominated as Best International Solo Artist at the Planet Rock Radio ‘Rocks’ Awards.

chose Scherzo because he wanted to make a different sounding record and he felt it was the right studio for his vision.

Patlansky produced the album himself, something he hadn’t done in years and what sets the new album apart from its predecessors is the honesty and live sound of the songs. Dan started writing songs and recording the new album in 2016. Some of the songs were co-written and arranged with Theo Crous.

The recording process was semi-live and took two weeks to complete. All the songs on Perfection Kills were recorded and engineered by Jaco Naudé at Scherzo Productions in South-Africa, Mixed by Stefan Swart in South Africa and all tracks mastered by Pete Lyman at Infrasonic Mastering U.S.A.

Perfection Kills is a concept that Dan wholeheartedly believes in. “The meaning behind Perfection Kills? It’s the pursuit of perfection in any art form is futile,” says Patlansky about the new album. “It often does more harm than good, for both the artist on a personal level, as well as the art form itself.”