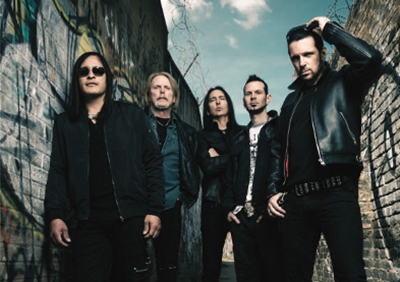 Warrington Parr Hall is fast gaining a reputation for delivering the biggest names in music and November isn’t any different, starting on Thursday November 2 with Amy McDonald appearing with an intimate an all acoustic set. The date follow a sold-out UK tour earlier this year and coincides with the release of Amy’ new single Down by the Water, taken from her fourth album Under Stars.

Alexander O’Neal is undoubtedly a music legend and appears at Parr Hall on Friday November 10. Reputedly the best pure singer to come from the 1980s soul and RnB era, when Alexander released a string of memorable hits still broadcast as radio requests and played at thousands of events around the world, including Fake, Criticize, If You Were Here Tonight and Sunshine his legendary status became assured.

A truly unique artist, Imelda May’s latest work has found a new groove, exploring genres from blues and rock to soul and gospel for a set of the boldest, most personal and intimately autobiographical songs she has ever written. Now she is taking her biggest band line-up on tour and appears at Warrington Parr Hall on Monday November 13.

And rounding up the “something-for-everyone” motif upon which the venue is building its strong reputation, music fans are invited to the biggest party of the year on Saturday November 18 as the unstoppable Magic of Motown show steams into town. Seen by over 1 million people all over the world, this show features 40 back-to-back classic Motown hits, glittering costume changes, dazzling dance moves and outstanding musicianship in an explosive concert experience.

A glittering array of stars and star studded talent for sure, The Warrington Parr Hall is the place to check out for the very best in live music this coming November.