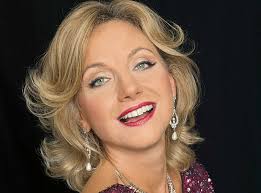 As one third of the satirical comedy trio Fascinating Aida, singer, actor and comedienne Liza Pulman could never be described as being conventional. With her new, highly acclaimed show Liza Pulman Sings Streisand – which is at The Liverpool Philharmonic Hall on Sunday April 29th – ‘different’ is front and centre again. After all, who would think of performing any Barbra Streisand hits with a brass band in accompaniment?

“The whole idea sort of stemmed from my last set of shows, Songs From Hollywood. I sang Evergreen from A Star Is Born which Streisand actually wrote and won an Oscar for,” Liza explained. “After the shows almost everybody mentioned that song and remarked on how close to Streisand I actually sounded, which was incredibly flattering.’

“Then I got to wondering how it might work as Barbra Streisand has just been such an enormous influence. She’s been performing fifty-five years which is just extraordinary and does this incredibly brave thing in using her voice as an instrument.”

“As someone who trained as a classical singer, I never thought of myself as someone

who could belt out a song like she does. But the way in which she gets her voice to do all sorts of different things is just so exciting to try an emulate. It has also been a real lesson for me in being able to learn how to use the natural instrument I have in my voice but in a very different way to the way I usually sing.”

“I also think that, because she’s an actress, she’s able to marry the music and the lyric together in a similar way Frank Sinatra managed to do. She also appeals across the age spectrum as well, which just goes to show just what a wonderful performer she actually is. Not many can do that. She is a communicator from start to finish, as well as being extremely funny.”

“Comedy is very much in my own DNA, but she’s led the way in showing she can make people break their heart one minute and laugh out loud the next. She isn’t just one type of entertainer, she really is the whole package.” 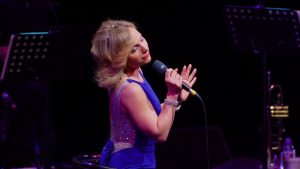 Liza Pulman Sings Streisand comes to Liverpool’s Philharmonic Hall on April 29th as part of an extensive tour consisting of thirteen dates nationwide. Only two of those dates, however, Liverpool and Darlington, will feature the famous The Brighouse and Rastrick Brass Band which, on the face of it, is a brave move in itself. “Yes but we already know it works because we recorded You Don’t Bring Me Flowers and The Way We Were last year as a single. The marriage of the two sounds, these songs and the Brighouse and Rastrick, is just fantastic and it’s sort of how this slightly eccentric idea came about.”

“These songs sort of bookend each half, with my usual, brilliant band performing during the rest of the show. What the brass band provide, though, is a huge heart in their sound and particularly so on the ballads, which isn’t what you would expect necessarily.”

“When you take a song like Evergreen and add a brass accompaniment to it, the result just breaks your heart. It’ll be a great experience I’m sure and I am really looking forward to playing The Liverpool Philharmonic again. I’ve played there on a couple of occasions with Fascinating Aida and its absolutely one of my favourite venues.”

“As a classical singer, before sound checking, I’ll always stand on the stage and sing some stuff just to prove we don’t we don’t need microphones at all because the acoustic is just so beautiful in there. It’s really exciting to bring this show to Liverpool, with all the amazing songs and music and sounds we have.”

Another connection with Liza and The Brighouse and Rastrick is that Liza’s mum, 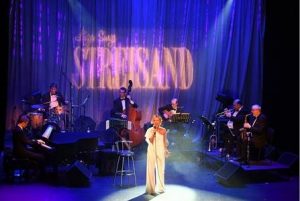 former Coronation Street and Last of the Summer Wine actress Barbara Young, was actually born in Brighouse, Yorkshire. “It’s the music I was brought up on. So much so that when we went up to record the single, I made my husband drive us to Armitage Avenue where my mum lived growing up and we stood outside the house. Of all the crazy things I have done in my career, performing live with the brass band from my mum’s hometown was never anywhere on the list, but I’m so pleased that it is!”

“What’s been really overwhelming so far on the tour, to be honest, is how well the shows have been received. You never really think about it when the something’s being put together. You get your head down and get ready. It’s only afterwards, when you see audiences on their feet, that you realise just how well loved these songs are. It’s really heartwarming.”

No stranger to the musical theatre stage, Liza appeared along with Philip Schofield in Dr.Dolittle back in 2002 which was at The Liverpool Empire and Michael Ball in Chitty Chitty Bang Bang. “Dr. Dolittle was a particularly wonderful experience because it was a touring production and everybody was just so lovely. The puppeteers on that show were just amazing and what they could do with a sock or whatever so that it could come alive was incredible.”

“I remember being in a room and watching these quite reserved people suddenly transform into completely different beings once there was a puppet on their hand. There was also the pleasure of working alongside Philip Schofield, who was just wonderful through the tour.” 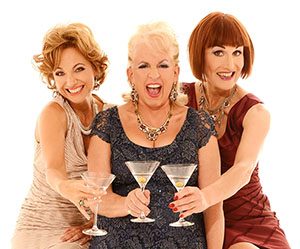 And then of course there is the Olivier nominated phenomenon that is Fascinating Aida.  For those who don’t know, the show consists of three upper class women – Liza, Dillie Keane and Adele Anderson – performing somewhat risqué songs and comedy routines before largely sell out audiences. A bit of a departure for Liza, it has to be said, but one nonetheless she embraces and continues to embrace.

“In terms of communicating, it’s working with FA that’s actually led me doing what I’m doing now. I don’t think I could have done this without having already cut my teeth on stage with Dillie and Adele, although in comparison to acting, it couldn’t be more different. There really is nowhere to hide when you’re doing Fascinating Aida or Sings Streisand. You can hide behind the character or director or script or whatever when you’re acting a role.”

“Before I started working with Dillie and Adele back in 2004 I thought there’s no way I could pull it off. Very soon, though, I realised just how much I loved doing it. That kind of performing is absolutely what I was born to do. I get that it isn’t everybody’s cup of tea to perform in the way we do, but I absolutely adore it. Of all the things I’ve done so far, to stand on stage and chat to an audience, to make them laugh or totally move them through good music, it has been just an incredible experience.”

“The good news is that recently Adele hasn’t been at all well but is now in great form. She’s about to take her own show on the road, which is fabulous news, and is doing some filming too. Dillie is touring around with the Grumpy Old Women show for 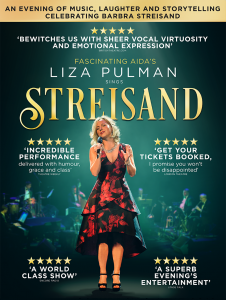 around six months or so, so in all likelihood we’ll be getting back together again sometime next year. We had been hoping for this autumn, but the way things are for each of us at the moment, it isn’t really likely. Rest assured though. There’s life in the old FA dog yet!”

As well as having a successful actress for a mother, Liza also has a successful writer as a father. Jack Pulman, the critically acclaimed screenwriter of I, Claudius starring Derek Jacobi, and of Private Schultz starring Michael Elphick. The Pulman writing gene is one that has been rekindled in Liza too of late, although initially through harrowing circumstances.

“It’s quite interesting that as I’ve got older, I’ve come back to it. I’ve always sung and performed, but now as I get older I love to write. I was on one of the trains that got blown up on 7/7 and the very first thing I did was to write a piece which got accepted by the Guardian newspaper who published it the very next day. That was the first piece I’d ever done.”

“Very, very luckily I came out of the explosion unscathed, but as you can imagine it remains something of a life changing experience. Coming out of the train and writing that piece made me realise I had a bit more writing in me than I ever thought, so now I do it as much as I possibly can.” 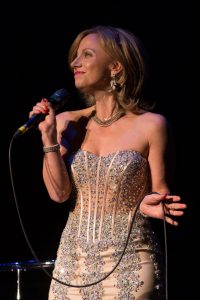 “I think maybe I’ve sort of tapped that now that I’ve got to know myself a little more, I don’t know. In terms of why I didn’t follow the writing route when I was younger I think was because dad was so prolific, talented and incredibly successful. When he died at a quite young age of 53, I was just ten years old. That left my mum who was an actress, my sister, who’s six year older than me and was also an actress and working, and me.  At the time I wanted to find something my family weren’t doing. I wanted to follow my own path. There was never any chance that I wouldn’t be involved in show business though, although – until I realised what hard work it would be – I did once toy with the idea of being a vet.”

“Deep down I knew I wanted to perform and I’d always sung. The thinking was I’d go to Guild Hall and do a bit of everything, but had absolutely no experience of classical music at that point at all. Classical music just wasn’t something we listened to growing up. Yet somehow I emerged, six years later, as a fully fledged opera singer and then went straight to Glyndebourne for another three years.”

“Despite it never being apart of the initial plan, I was on stage singing opera. It sort of went along on a momentum of its own making, in a lot of ways.”

“When I got to about thirty, although I still loved it, I kind of realised it wasn’t what I was meant to do, really. I’m much more of a song and dance kind of girl at heart because, as I said earlier, comedy is pretty much in my DNA and there aren’t too many laughs in opera.”