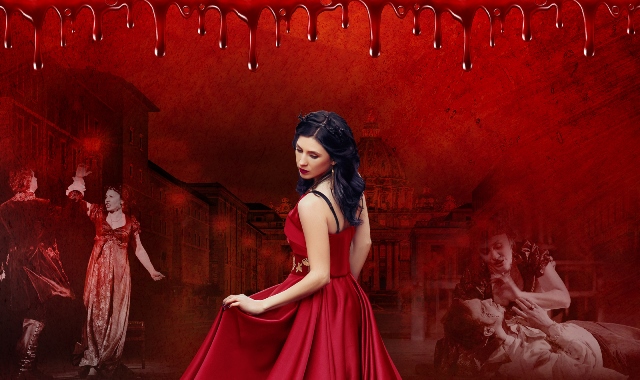 Puccini’s Tosca is not like your average opera. It’s not a series of arias strung together like a pearl necklace along the thread of a preposterous plot. This is through-composed, meaning the music is continuous, with different musical elements woven together. It’s also quite bloody.

Mario Cavaradossi is a painter, who is prevailed upon to help an escaped political prisoner, Angelotti, in the chapel he is working in. Enter the evil Scarpia. Chief of Police, who is infatuated with Mario’s lover Tosca and sees his opportunity to destroy both men in one fell swoop. Mario is tortured horribly, Tosca can’t bear to listen to it and reveals Angelotti’s hiding place.

We hear that Angelotti has killed himself rather than face arrest, and now Mario is for the chop. The Machiavellian Scarpia says he’ll fake Mario’s execution if Tosca will only spend the night with him. Tosca, feisty, furious and determined not to be taken by force, instead stabs Scarpia to death.

From here it’s a quick descent into total carnage with Mario facing the firing squad and Tosca throwing herself off the battlements.

The musicologist Joseph Kerman dubbed Tosca “a shabby little shocker” but as plotlines go, it’s not the most outrageous of it genre. Coupled with a brevity seldom found in opera, Puccini’s romantic swooping music makes this very accessible.
Tatiana Golova as Tosca grew into the role, increasing in confidence, and by the last scene she had the audience in the palm of her hand.

Iashvili Rostom as Mario stole the show, his voice possessing a clarity and focus that was effortless. And Andrey Puzhalin’s Scarpia, his voice nicely dark and fruity, matching the villainous contours of his character, was boo-ed like a pantomime villain at the curtain call, which he took in good humour.

The drama of the final scene where Tosca plunges to her death was almost undercut by the less than slick staging and for one hilarious nano-second I thought they’d thrown a life-sized panto puppet from the battlements but it turned out to be Tosca’s scarf, billowing in an unfortunate manner.

But don’t let the cheapish-looking set put you off: the singers are the real deal and it’s just great to have the opportunity to hear them outside of the big cities, here in the provinces.