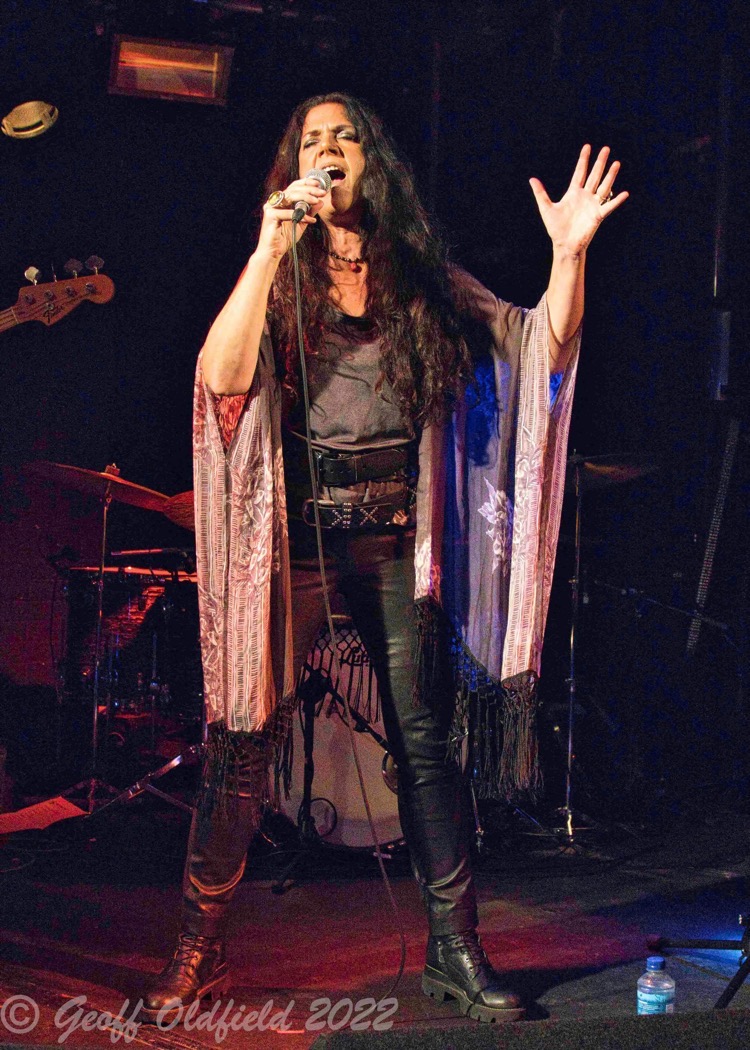 It’s a delightfully warm October evening in the Roman city of Chester. The sun’s dipped, turning the edges of a clear sky an inky black. The last remnants of the bright autumnal day cooling by degrees. Inside the intimate setting of The Live Rooms, a fabulous venue that deserves special mention for its ongoing support of live music of all genres – from Hugh Cornwell to Seth Lakeman and all points in between – New York Blues singer Sari Schorr takes to the stage and, within a few bars of Where Have You Been My Friend? owns it … wholesale!

The air might be chilling outside, but inside the heat’s about to rise and rise.

The song is new and set to appear on Schorr’s eagerly anticipated third album, due for release in Spring 2023. That it drips poignancy and gratitude merely underlines just how she’s missed performing. It’s her lifeblood, as it is with so many, and having been denied the opportunity to do what she does so well, thanks to the pandemic, the sheer joy of being able to do so now is clear for all to see.

Aunt Hazel is crammed with gusto and sassy confidence and range. New Revolution hits home with a force and resonance that’s spellbinding, while Turn The Radio On oozes grace and longing. Beautiful, however, is simply that; it’s sentiment being worn like a blistering heart on the singer’s sleeve. Then there’s the angsty regret that fills Ain’t Got No Money – which, as the title implies – is redolent of these trying times.

The highlights are many, but surely none so higher than Schorr and Wilson grinding out Lead Belly’s Black Betty. If anyone’s looking for affirmation of Sari Schorr’s capabilities then the sheer mastery she has of this song provides it. In spades.

Ending this ninety-minute, sixteen-song set with the fabulously raucous Valentina and a gloriously laid-back Heat Wave, Sari Schorr and her band make their exit stage left to rich applause and appeals for more. Rightly so.

The night is now full dark, with stars speckling the night sky’s velveteen canvas. None shine so bright, though, than Sari Schorr and none so memorably resplendent as this outstanding performance.