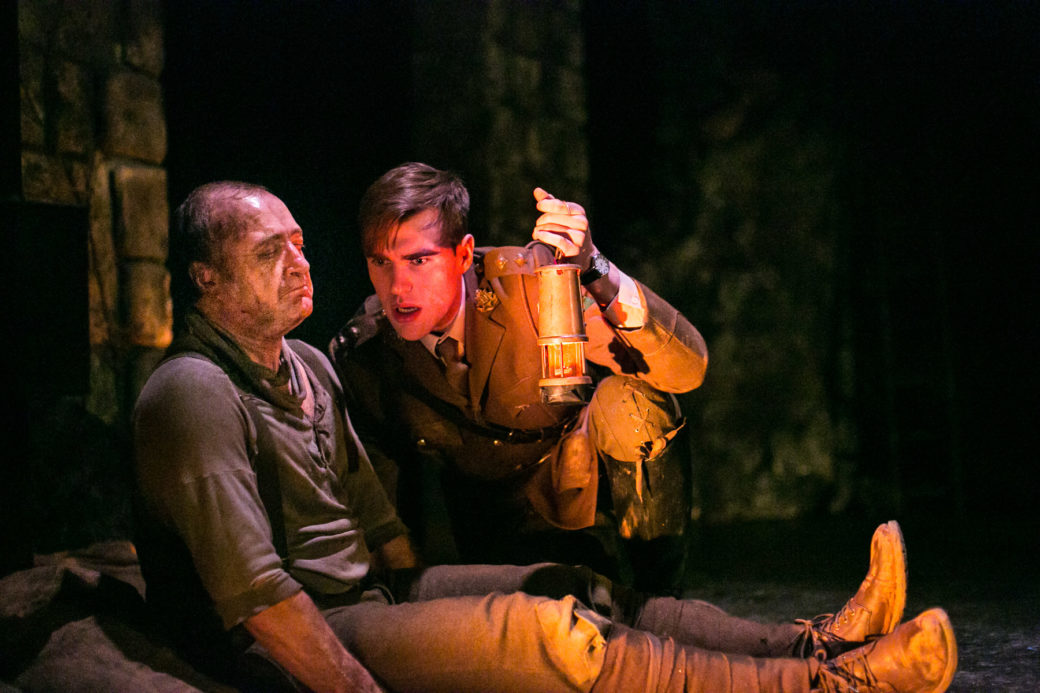 If there is one thing Birdsong by Sebastian Faulks invokes in his telling of the plight and honour of the Sappers who worked so diligently on both sides of the lines during The Great War it is this: Live for today.

Birdsong, which is running at The New Brighton Floral Pavilion until March 10, is a beautiful play. A story that transcends classes, genders, ages and boundaries of all kinds. A piece of theatre in which commemoration and remembrance are encapsulated through superb acting, magnificent set and lighting design, superb sound and a haunting soundtrack.

A piece of theatre that deserves more than to be simply mothballed following this current extensive nationwide tour, which marks the centenary of the end of hostilities.

Lieutenant Stephen Wraysford and Sapper Jack Firebrace tell their stories of love and loss in very different ways. However in Tom Kay and Tim Treloar respectively, it is difficult to imagine two finer actors filling the boots of those who have gone before.

While the men and women of class have their staid realities cruelly ripped apart, the men in the trenches already know of the grimness of life first hand. With Madeleine Knight’s truly breathtaking performance as Isabelle its apparent that the thinness of that class line is paper thin. Her emotional output is a truly wonderful thing to behold and so makes us feel for her character at every turn.

As for the men, two performances stand out. That of Alfie Browne-Sykes as the terrified Tipper, the symbol of the many underaged enlisted boys and Riley Carter’s bravado crippled Evans. Both are understated yet extremely polished in two of the most polarised, emotionally charged roles on the stage. Particular mention should also go to Simon Lloyd, who’s Arthur Shaw drips humanity and underscores the very idea of the kind of man I would like beside me in times of adversity.

Birdsong the novel is masterclass in prose. Birdsong the play is its equal and more in being able to push all of the right emotional buttons at once and still leaves space enough for us to breath and thereby contemplate the needlessly lost lives of so many others, without ever it once becoming a lecture.

This in itself, if nothing else, deserved nothing less than the standing ovation this outstanding performance received.

Birdsong is at The New Brighton Floral Pavilion until March 10