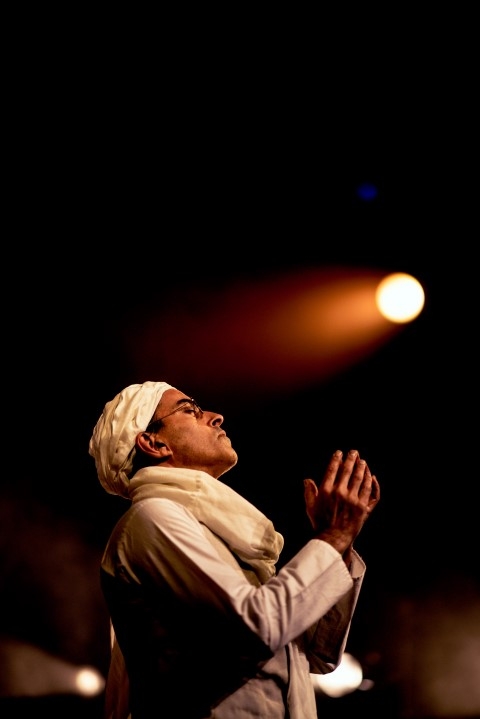 A mystery, a muddle, a mistake… These are the themes that Forster’s characters keep coming back to in his acclaimed novel set in the India of pre-WWI British Raj.

The sensibilities of the native inhabitants of the country are clearly a complete mystery to the Turtons and Burtons who rule, as, to an extent, are the ideologies of the Hindu population mysterious to the Muslims, and vice versa.

Muddles arise over this: two British ladies seeking “the real India” are deflated that an invitation to visit some Indians in their home never materialises, failing to grasp that it is the offering of the idea of hospitality that is the gift, and that it was never going to be actualised.

And, of course, there is the great mistake – has Adela been “insulted” by Dr. Aziz in the Marabar caves, or is the error hers? Adela Quested (Phoebe Pryce) accompanies her potential mother-in-law to India to see the man she may become engaged to “at work.” Ronny’s work is as the local magistrate and he is very clear that the job of the British in India is not to be pleasant but rather to impose law, order, civility and justice.

His mother, Mrs. Moore, played ably by Liz Crowther, alternating the mystic wisdom of those near to the end of life with the cantankerousness of the elderly, however, is adamant that the job of humanity is kindness. The other characters align themselves roughly down this line, regardless of their nationality.

Adela and Mrs. Moore meet Fielding (Richard Goulding), the principled principal of the local college, who finds himself out of place in the Clubhouse and more sympathetic to the idea of forming friendships with Indians and who in turn effects an introduction to Dr. Aziz. Dr. Aziz (Asif Khan) displays a sort of childlike innocence in his joy at meeting these English ladies and the opportunity to entertain them. This is, of course, a muddle in itself: he doesn’t really want them to come to his poor lodgings so hastily contrives to invite them to the area’s one landmark – the Marabar caves.

It is here that Adela is apparently molested and where all good intentions unravel and all bad feeling comes to the fore. Aziz is arrested and charged. In court Adela drops the charges but the ripples of her mistake are felt widely as racial tensions rise and she herself is shunned by both nationalities.

But does this production transcend mystery, muddle and mistakes itself?

Yes and no. It’s a difficult book, dividing opinion. Through our 21st Century goggles, we can view the Raj and its pompous, entitled officers as indefensible. But Forster doesn’t – his portraiture is equally generous and light of touch to both sides. And indeed there is much humour, which simple8 brings out.

But it’s also a long book and the edit here is too brutal. Many important scenes and characters are cut and the dramatic apogee of the piece, the trial scene, is done and dusted in the matter of minutes.

To an extent, this has some merit. After all, it is the fallout of the trial that forms the serious comment here and not just that justice has been served. But having peaked right after the interval, the pace dropped and never really picked up again.

If the cutting was brutal, so too is the staging, although this worked rather well, with packing boxes and bamboo poles the only props.

But what is the most interesting thing about this production is the insistence on sound. From the joy of having live music on stage to the recurrent echoing boom of the caves that seek to disorientate and confuse, as they did Adela.

And, lastly, from time to time characters step outside themselves to recite exposition about how they are feeling and what they are doing. This not only allows Forster an authorial voice, and introduces some of his descriptive prose, but makes him a character in his own story.

A Passageto India is at The Liverpool Playhouse until February 10.
Click HERE for Tickets