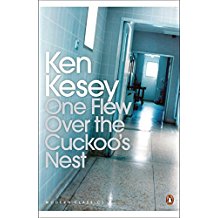 The State I’m In: Mental Health in the Modern Era

Scenes from One Flew Over the Cuckoo’s Nest

When Ken Kesey wrote One Flew Over the Cuckoo’s Nest in 1962, he did so after undertaking extensive research which included his becoming a Night Porter at a New York mental health facility. As a result, the novel broke down barriers in the way we perceive those with mental illness and shone fresh light onto the means of treatment – such as Electro Shock Therapy (EST) – and the ‘calming’ influence of some catatonia-inducing drugs.

That the novel, later an Oscar-winning, ground-breaking movie starring Jack Nicholson, should become and remain a byword in the understanding of mental health issues speaks volumes for its once Beatnik, On-The-Road, Kerouac-friending author and, also, the ambition of the Year 3 soon-to-be graduates of The Liverpool Media Academy.

It’s no small undertaking to tackle some of the most famous characters in American Literature. Nor is it a small matter to condense some of the most memorable scenes ever written so as to make them coherent, powerful and poignant by degrees. Yet having already performed the piece in December 2017 at The Studio Theatre housed in The Liverpool Everyman, such was the demand that director Mike Neary decided to hold an encore performance in the downstairs space afforded by The Black-E.

Replete with ushers dressed as doctors and patients alike, the scene is set and the combative trials of Randall P. McMurphy (RPM or Revs-per-minute, in old vinyl speak) and Big Nurse Ratched (pronounced ‘ratchet’ or spanner or a tool that tightens up a bolt; the bolt, in this case, being McMurphy), The Acutes and The Chronics are underway following an introduction that tells us: “1 in 4 people in the world have mental health issues. That ¼ of the population has issues with their mental well being.”

If that’s not reason enough to stage One Flew Over the Cuckoo’s Nest with the aim of raising awareness of this once – and some might say still remaining – taboo topic, then what the heck is?

The performances are all extremely good, with Harvey Fitzpatrick’s McMurphy being both endearing and frightening in equal measure. Georgia Wills as Ratched is all composure and control, her authority seeping through in measured drips, while Marni Stanley’s Nurse Flynn – who probably looks up to Ratched more than she does her parents – is so deliciously uncaring it is a joy to watch.

The ensemble are well schooled and deliver on all counts. Yes, their voices get a little lost in the hubbub at times, but these are unfinished, rough-edged marbles waiting to be fashioned into polished gems. It’ll take time, but they’ll undoubtedly get there.

One that will take a little less polishing judging by this performance, however, is Chris Hird whose Billy Bibbit is so chock-a-block full of creative gusto it’s impossible not to feel for his character’s doomed trust in authority in all of its guises.

The State I’m In: Mental Health in the Modern Era – Scenes from One Flew Over the Cuckoo’s Nest is a fine piece of theatre and a credit to Mike Neary and his team at The Liverpool Media Academy. It is also a reminder – as if one were needed – that Liverpool is a creative hive. A top-notch breeding ground for theatrical talents across the spectrum and a city whose legacy is clearly in safe hands.