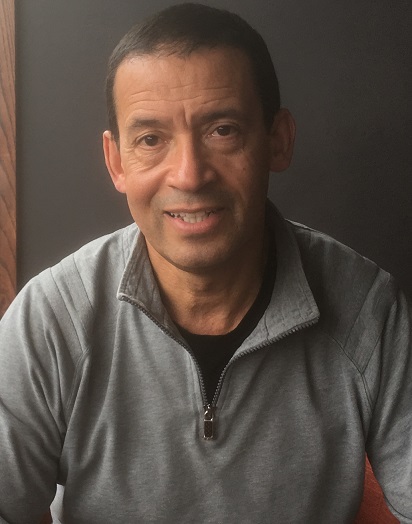 In 1977, John Godber first put pen to paper and created Bouncers, one of the most iconic and instantly recognisable pieces of comedy theatre ever. Since then Godber has come on to write some of the most character driven, observational plays and screenplays -as well as more than a few highly acclaimed adaptations – and is seen as a doyen of British theatre.

It’s a brave writer then who decides that, with his new company’s first play, to adapt any work by such an esteemed artist let alone a standard that has been refreshed and revitalised by the man himself on numerous occasions. Yet this is exactly what Maurice Bessman of Boisterous has done with Bouncers, which starts a two week residency in the new Downstairs space of The Liverpool Royal Court Theatre.

The company is being run by Maurice and Miriam Mussa, under the umbrella of The Royal Court standard and is understandably excited about the prospect of staging his first play – and this play in particular – under the Boisterous banner.

“We’re keen to develop an audience and, rather than go for a brand new piece of writing that might only enough people to `fill a front room, we decided to go with a modern classic which is exactly what this is,” John explained. “It’s quite difficult to build an audience from this off, but I think Bouncers is an ideal play to show the acting talent Boisterous has in its stable.”

“It’s such a diverse play, with four male actors playing four women and four men on a night out, which isn’t only really challenging for the actors and director, it’s also very funny. Miriam, who’s directing, is really keen on movement and dance so this is ideal for her. The play itself has undergone a lot of changes since it was first put on in 1983 when it was first put on, so now it’s up to Boisterous to put their slant on it.”

(BAME) communities, which the The Royal Court are able to support through it’s being awarded National Portfolio Organisation status by Arts Council England. It’s fallen to Maurice, however, to create a new version of what is a mainstay of comedy.

“I have to say that John Godber has been great. Miriam approached him and explained what it was we’d like to do but that it needed an update. He wasn’t up for doing that himself but then Miriam suggested I did it, just to put a different slant on it.”

In John’s version, the lads are in tuxedos and dickie bows. There’s no mention of Social Media, or the Internet … people’s lives and conversations have changed so much. What men and women talk about today is very different, too, as is the nature of the language they use. So once John had agreed, I set about listening to people. To be a writer, you have to be nosey so I just listened to how men and women talked and interacted with each other.”

“All that’s been reflected, as have Eric’s famous landmark speeches. They’ve needed to signify what’s happening in the world today so, although this version is different from John’s, it is very much the same in essence.”

“The great thing about Bouncers is that it is so beautifully structured. There was no point me playing with that. So what I actually did was take the play in chunks, examined the links between each scene, then went from there. It sounds easy, but the thing is that if you change one line of dialogue then there’s a knock on effect. Bouncers is something of a period piece and what was relevant in the 1980s may not be as funny any more, not for a modern audience.”

Downstairs at The Royal Court is home to Rawhide Comedy Club. Ostensibly, then, a venue with nightclub feel that seems perfect in which to stage Bouncers. “The space adds a different dimension to the play, particularly as this version has a live DJ. In a a lot of ways, it’s a really intimate piece and the close proximity of the audience to the stage just adds to that.”

Boisterous was first mooted around two years ago, with this specific project in mind. “Miriam suggested forming a diverse theatre company simply because there wasn’t another one around. We want to encourage all the new talent this city is bursting with, not allowing them to drift off down south which is all too often the case because there aren’t the opportunities here for them.”

“It’s not just actors we want to encourage, either. It’s writers, directors, technicians … everyone. It was only when Kevin [Fearon, The Royal Court’s Chief Executive] gave us a solid date to put Bouncers on that we thought we’d best get our act in gear and form the company we’d only really been talking about. That was around six months ago, I guess, when it became a reality. Once I started putting the words down though, that’s when the reality of it actually happening hit home.”

this run of Bouncers  is over, we’ll sit down and look through things properly. We’ve had prose, plays and poetry submitted to us, which is great because an awful lot of writers don’t know what to do with what they’ve written. That’s a problem we want to help solve and one that can drive a writer crazy. I know because I felt exactly the same when I started out. We’re based here at The Royal Court, so people can get in touch through the theatre website.”

Serving as a soldier, then an Intensive Care nurse and thus dealing with people in all types of crises, gave Maurice a great insight into human emotion and helped prepare him for the business of writing numerous episodes of television series, plenty of radio drama and a decent bundle of plays. More latterly he has written feature length screenplays. He is also the writer of Terriers to encourage youngsters to keep away from gang culture and all that it involves. The play has been staged in schools and prisons as well as at The Royal Court, which is how the writer became involved with the theatre.

“The Royal Court have been instrumental in helping us get Terriers out and about over the past few years. They’ve also given us administrative facilities such as office space and somewhere to actually get the peripheral tasks to staging a play done. They’ve also provided a rehearsal space and, of course, Downstairs in which to stage our plays. They’ve been tremendously supportive of what we’ve been doing. It has been very difficult in the past to find anywhere to rehearse or perform, but The Royal Court have been great in providing everything we could possibly need.”