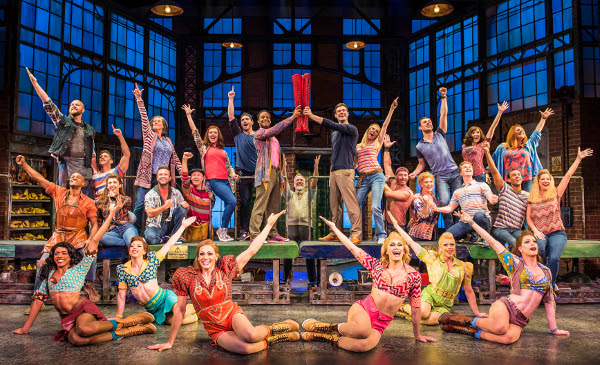 Kinky Boots, the winner of every major British Musical award, is pleased to announce it will embark on a UK tour in Autumn 2018!

The show has become a firm favourite with UK theatregoers, going on to win three Olivier Awards, the London Evening Standard BBC Radio 2 Audience Award for Best Musical and an impressive three WhatsOnStage awards. Inspired by true events, Kinky Boots takes you from a gentlemen’s shoe factory in Northampton to the glamorous catwalks of Milan. With the future of the factory hanging in the balance, help arrives in the unlikely but spectacular form of Lola, a fabulous performer in need of some sturdy new stilettos.

Tickets go on sale from 9am Friday 10th November 2017, with further cities to be announced soon.

You can get your tickets by clicking HERE!