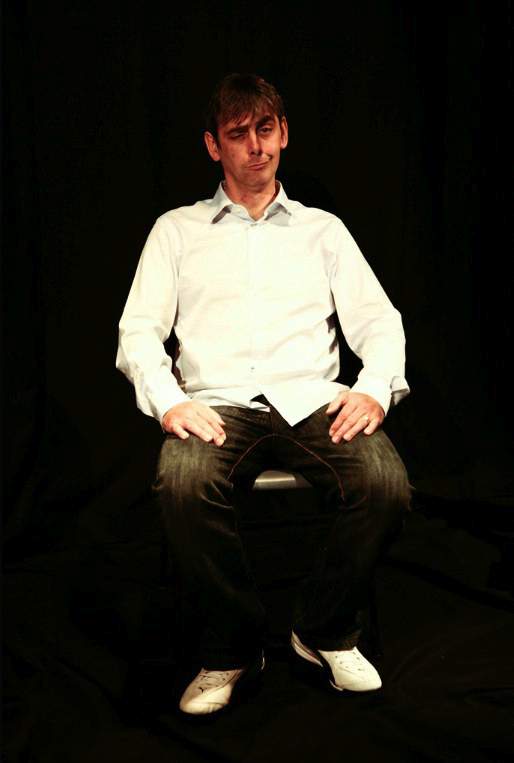 On the face of it, John Graham-Davies’ single-hander Beating Berlusconi, which returned for one night only to The Floral Pavilion at the weekend, is one about football and one club’s triumphant fight back in a European Cup final. Yet scratch beneath the surface and what you’ll unearth is a story about a city, it’s politics and society all wrapped up in the embodiment of one everyman and fan: Kenny.

Istanbul, 25 May 2005, the Champions League final. Liverpool are playing like zombies, and down 3-0 to AC Milan by half time.  Kenny is so disgusted that he wanders away from his seat, gets lost in a maze of corridors and eventually finds himself in the AC Milan directors’ box sitting next to the Italian prime minister, Silvio Berlusconi, sitting smugly, quaffing champagne and nibbling more than pork scratchings. Kenny, naturally settles back to endure Berlusconi’s Smug hospitality, only to witness … well, you’ll know the rest.

What you may or may not know, though, is this keystone of the story – as incredible as it appears – actually happened. Not to our Kenny, no, but to a key cutting cobbler the writer used to do business with.

To get to this point however, Paul Duckworth’s Kenny seamlessly and skilfully guides the audience through a magical and not so magical tour of Liverpool life during the 70s, 80s, 90s and into a new millennium explaining what it’s been like to grow up with fellow Reds, marriage, Thatcher, riots and strikes before seeing the city’s resurgence and fresh-felt optimism.

40 characters, one actor and, unlike Steven Gerrard later in his career, no discernible slips. Yes there’s some film footage to help, but largely it’s Duckworth and Duckworth alone who’s left to get Kenny’s points across. For two hours, he tells Kenny’s tale faultlessly: A feat made all the more remarkable when taking into consideration the actor is currently playing 5 roles in a new production of Othello over at The Liverpool Everyman Theatre where is is currently part of the Rep company.

There was even a respectful mention of Sir Alex Ferguson, given his current health, and a warm response from the audience rippled around The Blue Lounge as a result. A nice touch in deed.

There’s honesty, integrity, laughter and tears. But above all, what Kenny accentuates so passionately courtesy of John Graham-Davies’ razor sharp, cut-to-the quick script is this: Hope.

Often through the darkest of hours such as those in and around Liverpool as a city in 1981,1985, 1989 and so may other times, hope is something obscured. Something incomprehensible. Also, however, it’s also as often the only thing there is left.

At half time on May 25th, 2005, all Liverpool Football Club had was hope and that didn’t turn out too badly in the end did it!