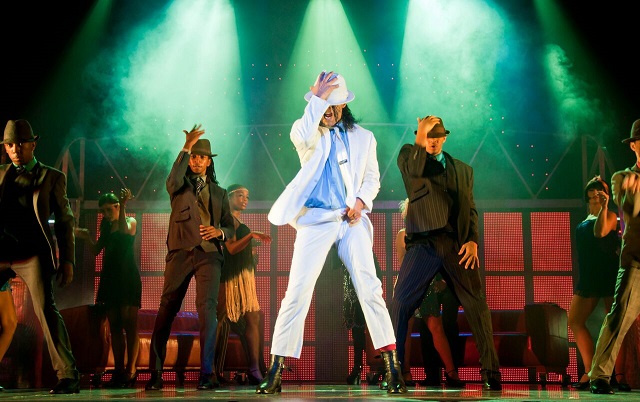 This performance came around just after the anniversary of Jackson’s death in 2009, giving hope of an extra special and emotive show. Set as more of a homage to Jackson’s hits as opposed to a retelling of his story, the diverse performers demonstrate a range of Michaels hits starting from The Jackson 5 and ending with a rival popularity between Thriller and Bad.

Get ready to be taken on visual and audio journey of Jackson’s 45-year career including his iconic hits such as Billie Jean, Dirty Diana, Smooth Criminal, Beat It and, many more.

Director and Choreographer Gary Lloyd immerses Jackson’s vision by including a diverse range of cast all embodying distinct features of the man himself. The four main vocalists all reach phenomenal ranges and “Man-in-the-Mirror” Jackson in many ways, whether it be looks, voice or moves.

One thing this performance lacks is substance, however, and as a result, it’s hard to be sure as to whether it’s a tribute, a story or simply a musical medley. The audience are left wondering what the premise actually is. Regardless, if you enjoy the music of Michael Jackson, you are sure to enjoy yourselves. It is a performance that relies heavily on audience participation. If there is a dead audience, then it may feel as if the show is lacking. Thankfully here at The Liverpool Empire, the crowds were on their feet almost from the off.

Female lead Adrianna Louise blows the audience away with her astonishing voice. Paired with the three other vocal leads Britt Quintin, Shaquille Hemmans and Rory Taylor, all four completely drive the show along, bringing their own personal twist to Michael Jackson’s incredible legacy.

Eddy Lima is completely astounding in Jackson’s dance moves, along with the other backing dancers, they completely embody Jackson’s iconic dance during songs such as Smooth Criminal and Beat it.

Thriller is a fun night out for all the family, whether you are a first time or a long-time fan of Michael Jackson, you are sure to enjoy the ride.