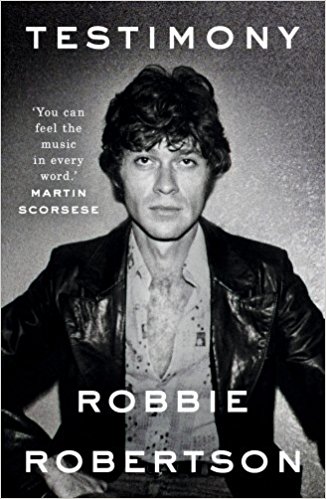 One of the defining moments in music, the gig at which Bob Dylan had the effrontery to go all electrified, is one that for those assembled in Newport Rhode Island will never forget. A year later, Dylan found himself in need of support and, in good old Blighty, found it in Robbie Robertson; a Canadian who was, at the time, paying his dues, yet destined for greatness in his own right with the Band.

Testimony not only outlines and explains those days when music actually mattered, it delivers an emotive commentary on one of the greatest singular contributors to popular music of his generation in Robertson himself.

What comes clearly across is that here is a man who is not only at peace with himself, but also not a little surprised at the adulation he receives. A humble man who tries hard – sometimes a little too hard here – not to offend, which in turn has a tendency to dilute the tales being told.

An intoxicating portrait of a period in history that, itself, was mostly intoxicated in one way or another, Testimony is a captivating account not only of its author’s experiences but of those with whom he was surrounded.