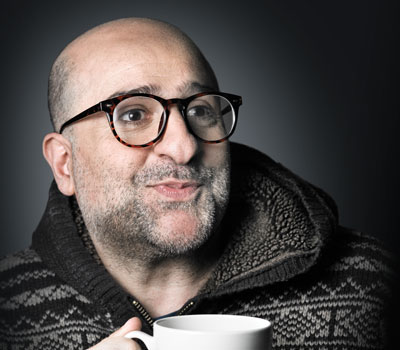 Following a massive 110 date tour of his show Schmuck for a Night earlier in the year and a tour this summer starring in Chichester Festival Theatre’s production of Fiddler on the Roof, Omid Djalili has just kicked off his Schmuck for a Night new Autumn Winter tour and comes to the Floral Pavilion, New Brighton on Thursday 16thNovember.

As a stand-up and acclaimed actor, Omid’s credits range from Hollywood movies and television to live productions on the West End stage. He has appeared on UK and US TV, and starred in films such as the Golden Globe and Oscar nominated Shaun the Sheep Movie, Mr Nice, Gladiator, Sex And The City 2, The Mummy and The Infidel. In 2016 Omid was filming for Disney’s new live-action production of The Nutcracker, in his role as Cavalier. This is set for its theatrical release in 2018.

Immediately after finishing the first leg of Schmuck for a Night in May, Omid launched straight into preparation for his leading role of Tevye in Chichester Theatre Festival’s Fiddler on the Roof, with Omid’s performance winning rave reviews this summer across the eight-week run (July-September).

On TV, Omid has been most recently seen in the BBC Four series Going Forward with Jo Brand, as well as making appearances in Dickensian for BBC1 and Stan Lee’s Lucky Man for SKY1.  He also executively produced the acclaimed documentary We Are Many, about the global anti-war demonstrations that took place in 800 cities on February 15th 2003, to date the largest mobilisation of human beings in the history of the earth.

In August 2016, Omid produced an Edinburgh Fringe show called Iraq Out & Loud, which saw almost 1500 comedians and members of the public read the entirety of the Chilcot Report for 24 hours a day, over 12 days. This memorable production was awarded the prestigious Panel Prize at Edinburgh Comedy Awards, and later TV Bomb’s Zeitgeist Award.

To book tickets for this amazing night of comedy Click HERE