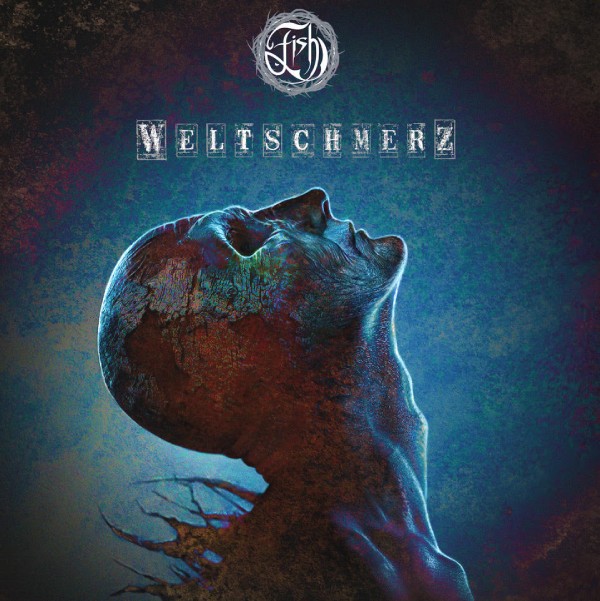 It has been seven, long years since Fish released A Feast of Consequences in 2013. Of course the singer, writer, actor, poet and finally, but by no means least former frontman of Marillion, has been far from idle in the interim. This said however, sadly, Weltschmerz does appear to be eleven and out.

After a glorious career spanning over forty years, Fish is slinging his hook from the music scene. Citing new interests, old frustrations and a deeply harboured need to move on through to the other side, Weltschmerz is to be the final original album to be released by Derek William Dick. This on its own should be a moment for mourning in music.

Since hearing Script for a Jester’s Tear way back in 1983, the emotive tones of the Edinburgh man’s vocals have been a captivating presence through the years. Misplaced Childhood – Kayleigh et al – became a soundtrack of angst fuelled rebellion, whilst Clutching at Straws became a commentary on life’s many, varied pitfalls.

Then Fish released A Vigil in a Wilderness of Mirrors in 1990 – his first solo foray – and what a delight it was to find that the spirit of the band he’d left and which had become strangely diluted as a result, lived on in its talisman.

One hot, exceedingly sweaty night at The Cavern in Liverpool, where temperatures on stage so far exceeded healthy guidelines, the curtailment of the gig was inevitable  Yet even up until that point, the gig had crossed the 80 minute mark. Man! What a night that was! The memory of that gig – that experience, that entry in the diary self penned – lives on like a torch in the darkness.

Rich, beautifully crafted, powerful and ultimately relevant, this is an album that sees the big man from Edinburgh go out the way he came in, with a sassy bravado that cannot be ignored. Callum Macdonald’s producing hand on the tiller, Van Der Graf Generator saxophonist David Jackson, Steve Vantsis on keys and Robin Boult’s majestic guitar work all play their parts. Overwhelmingly though, it the singer and his songs that most enthral. How it is his voice has barely altered, too, is something not to ponder but, rather, to give thanks for.

Dreams and regrets. Love, loss and betrayal all covered in this ninety minute opus, with Man With A Stick, Rose of Damascus, This Party’s Over and Garden of Remembrance all worthy of gracing any rock album, anywhere and at any time. The remaining six songs are merely fabulous. Take a listen to Little Man What Now and disagree. Listen to Waverly Steps and say Fish still has nothing to say. That he has become unimportant. That he has lost his own head right up his own opinionated credo. As for an opener, Grace of God  might well be taken as a glass filled with pity on first listen. Take another swing around though and you’ll find, no, it is much more than that. It is a commentary not on his own life, but on life in general

If Weltschmerz is to be over and out from Fish, then what an heirloom he has bestowed upon us. Thanks, Fish. It’s been a blast.

Order the album by clicking below.