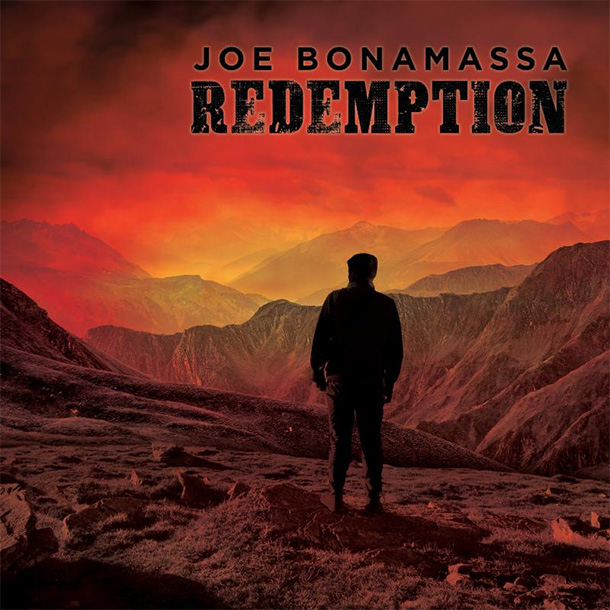 Class. Unadulterated class. You know you’re on to something special when you wake at Daft O’clock with a refrain from Redemption, Joe Bonamassa’s stunning new studio album running through your head.

Packed to the gunnels with deliciousness, Bonamassa’s umpteenth release since Blues of Desperation hit the shelves in 2016, this is his first solo recording of new tunes since and, man, has it been worth the wait.

The intent is clear from the off. Evil Mama is just that. A mother of a tune spiced, spliced and diced with some extraordinary playing, yet with a nod to the Blues of yore with its uptempo drive. Rockabilly kingpin King Bee Shakedown and the tragedy flecked Molly O keep up the rollicking pace, with the latter holding more than a smattering of tune-smithery hanging over from his recent successful spell with Black Country Communion in its riffage.

With Self-Inflicted Wounds its almost possible to reach out and touch the pain, with the haunting guitar backdrop managing to eek the very depths of loneliness from every chord and bar the player produces so succinctly. As for the songwriting, boy.

Pick Up The Pieces is a honkey-tonk barman’s wet dream. It’s Cest la Vie, Roger Millar vibe is a pure delight any legendary bluesman would take pleasure in producing, whereas The Ghost of Macon Jones, along with Jamey Johnson, sees Bonamassa returning to his storytelling prowess although arguably not seen since The Ballad of John Henry  way back in 2009 has it been so well defined or beautifullly delivered as it is here.

There’s an assurity and prowess to Redemption that Bonamassa might be said to occasionally lack. A certain guile that Kevin Shirley has managed to exhume to the full with some sleight of hand production mastery that shines brightly.

Just ‘Cos You Can Don’t Mean You Should is pure gold, I’ve Got Some Mind Over What Matters is a lyrical masterclass and Stronger Now In Broken Places is so seared in pain its almost cruel to appreciate its beauty.

Yet it isn’t any off these that keep the wheels spinning at the crack of dawn. Tracks – yes there are more than one – of Redemption are its title cut, a magnificently hewn bluegrass embedded wonder, with a nod to A Song Of Yesterday’s layering in the middle break and its epic underscore making it even more magical. Then there’s the poppy, sparkling ear worm that is Deep In The Blues Again which is unignorably magnificent in its simplicity and .

A worthy addition to anybody’s canon, Redemption is a further underpinning of Joe Bonamassa’s rightful position as, in my opinion, #1 blues guitarist around and a timely reminder that regularity doesn’t necessarily mean mundanity.

Shades of light. Shades of Dark. Shades of every colour of the rainbow. And every imaginable shade of the blues and all wrapped up in one bundle of joy that simply drips songwriting prowess.