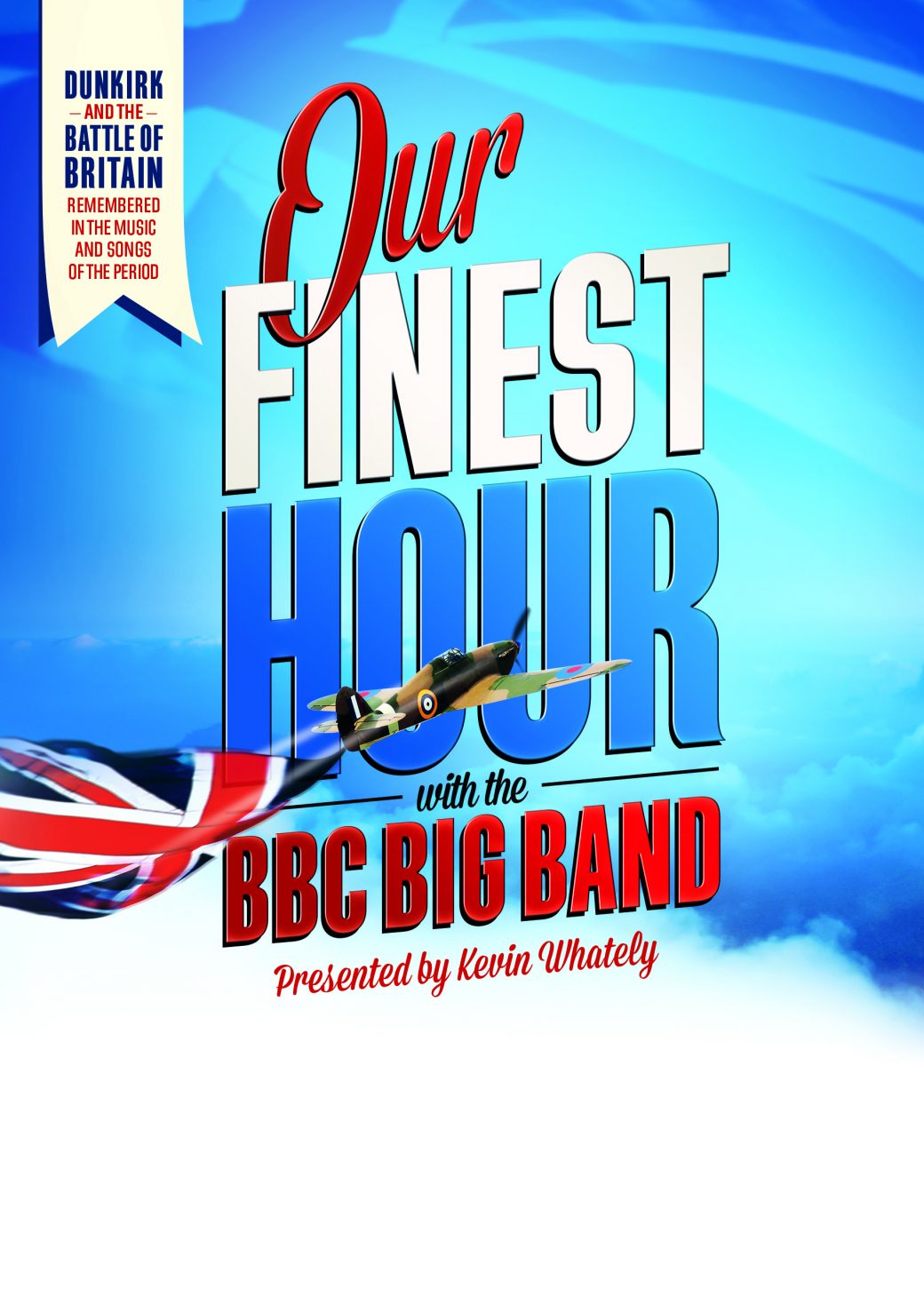 As one of sixteen concert dates being held across the country to help celebrate both The Battle of Britain and the evacuation of Dunkirk, Our Finest Hour comes to the Liverpool Philharmonic Hall on April 17. On the night, TV star and host Kevin Whately will be aided by archive footage, recordings of the most iconic speeches made by Sir Winston Churchill and a whole range of musical pageantry provided by mezzo soprano Annie Gill and The BBC Big Band Orchestra.

The concert looks back via the words and music of World War Two, to bring together the best tunes from the dance halls and wireless, along with educational and fascinating insights from a time when Britain faced one it’s bleakest periods in history. From Vera Lynn and Gracie Fields to the Andrews Sisters and Glenn Miller, the music of the 1940s is as well-loved today as ever, with Our Finest Hour promising a night of patriotic fervour.

“I’ve been doing this kind of show for a number of years now, largely at The Royal Albert Hall and in Birmingham, but always with orchestras,” Kevin explained ahead of the show. “This time around it’s with the BBC Big Band, but we’ve also done them with the likes of The London Symphony Orchestra. They’re nights on a par with The Last Night of the Proms, I suppose, with lots of flag waving and reminiscing. I really enjoy them, largely because orchestral music makes my hair stand on end.”

“The night is based around a period that became a turning point of the Second World War. There were a lot of terrible things happening and invasion was very much on the cards. I’m very anti-war in my outlook and firmly believe it should be avoided at all costs. However the period is fascinating inasmuch as the way people really pulled together. There’s a lot of sentimentality about the war years, but it can’t be denied that absolutely everybody jumped in to do what they could.”

“You only have to look at the so called Armada of Little Ships that set out to rescue those soldiers stranded on the beaches of Dunkirk in 1940 to see what men, and boys, were willing to risk. Then there are the pilots who, against terrible odds, fought in the Battle of Britain and ultimately changed the direction of the war. It certainly changed the German war initiative and made them rethink their invasion policies.”

“Right now, of course these two aspects are very much in the consciousness of the

public, with Gary Oldman winning the Oscar for his portrayal of Churchill in Darkest Hour and last year’s hugely successful Christopher Nolan film, Dunkirk. I thought both were very good. Oldman pulls off a terrific performance and the special effects incorporated into Dunkirk were just mind blowing.”

Kevin will be sharing presenting duties with another TV favourite, Peter Bowles. The To The Manor Born star will host the shows in Gateshead, Manchester and London on May 4th, 5th & 6th before the Inspector Morse, Lewis, Peak Practice and Auf Wiedersehen,Pet star resumes duties in September.

“We’re doing eight or nine now then doing another set across the country in the autumn.

Peter’s stepping in for me when my Goddaughter gets married and because I’m committed to taking part in a memorial service for the late creator of Inspector Morse, Colin Dexter. Peter’s covering those dates for me, which is very good of him, and I’m missing out on the show in Gateshead, which is a shame. I will be at The City Hall in Newcastle in September, though, so that’ll make up for it I’m sure.”

Colin Dexter, who sadly passed away in March 2017, was an iconic figure amongst both crime writers and crime fiction fans alike. A warm, charitable man, Colin was never short of an anecdote or two and Kevin has understandably warm feelings for the author who created his most famous character, Robbie Lewis.

“It’s almost surreal the success he managed to achieve at such a late stage in his life. Then there are all the TV spin offs Morse created in it’s wake, which have gone on to almost become an industry in themselves. He was an amazing man. He was also meticulously accurate in his writing. An academic to the core, he was absolutely obsessed with brain power and getting things right.”

Having established that he is a fan of orchestras and the Big Band sound, what does Kevin listen to at home? “Well largely because of my daughter, Kitty, who is a professional mezzo soprano, we listen to a lot of classical music and go to a lot of classical performances. She’s currently at The Barbican with The Royal Opera and her husband, who is also a classical musician, is currently in Oslo performing. In the summer, we’re heading out to Bergen for a performance of Candide, which is really exciting.”

“It’s a little bit like life imitating art in a way. In the Inspector Morse series, Morse is always taking the Mick out of his poor old sergeant for his lack of cultural knowledge whereas later on in Lewis, Robbie has developed more than a passing interest which makes him more comparable with his former mentor.”

“John Thaw himself adored classical music and was sort of indoctrinated into the genre through sharing a flat with Tom Courtenay when they were at RADA together. When John, Kenny [McBain, the show’s first producer] and I got together, I began developing a taste for the music myself, particularly Sibelius, and it’s something that’s grown and grown through Kitty and her husband’s careers.”

So, what can an audience expect at The Liverpool Philharmonic Hall on April 27th and, also, across the coming weeks and months of the tour? “There’ll be a lot of patriotism, with Annie Gill singing a lot of the traditional favourites such as White Cliffs of Dover and We’ll Meet Again. There will be a lot of the American Big Band, Glenn Miller and Benny Goodman music going on as well, all linked together by footage from the day. There will also be one or two scores from the classic war movies as well, such as The Dam Busters March and the theme from the Battle of Britain film. It promises to be a great night, quite educational, with a fair amount of nostalgia thrown in for good measure.”

“I have to say that I’m particularly looking forward to appearing at The Liverpool Philharmonic Hall, especially as Kitty was playing there last year. I couldn’t make her performance because of work, but my wife has told me repeatedly that the place is just sublime. I’ve never been there before but I’m genuinely excited to be able to see the auditorium for myself.”